One mum is taking on Hillsong Church in a bid to keep our public schools secular and free from proselytism.

Alarmed to hear that Hillsong had announced a School Tour to proselytise their religion to schoolchildren, Fiona Newton (pictured on the right) launched an online petition calling on federal and state education ministers to block Hillsong.

Since going live on Monday, the petition has already gathered more than 15,000 signatures.

Fiona told the National Secular Lobby that the response had been “overwhelming to say the least”.

“It shows the sentiment towards Hillsong in the community because it’s been very easy to get these signatures,” she says.

“The petition shows that Australians want to be free to send their kids to secular schools without fear of our kids being indoctrinated into a religious sect or into a group that is anti LGBTI.

“It shows that there is a lot of fear about the religious discrimination bill because it begs the question about what rights we would have in standing up to groups like this if it passes.”

According to Hillsong’s website, the mission of the Schools Tour would be to “strengthen and develop the hearts and minds of students from all walks of life across Australia”.

Being part of a ‘rainbow family’, Fiona believes it is not appropriate for anti-LGBTIQ groups such as Hillsong to be operating in schools.

“My son will be starting school in another two years, and we want him to attend a public school. When I heard about Hillsong’s School Tour, I was alarmed and I felt unsafe. We have a right to freedom from religion,” she says.

Click here to add your name to Fiona’s petition. 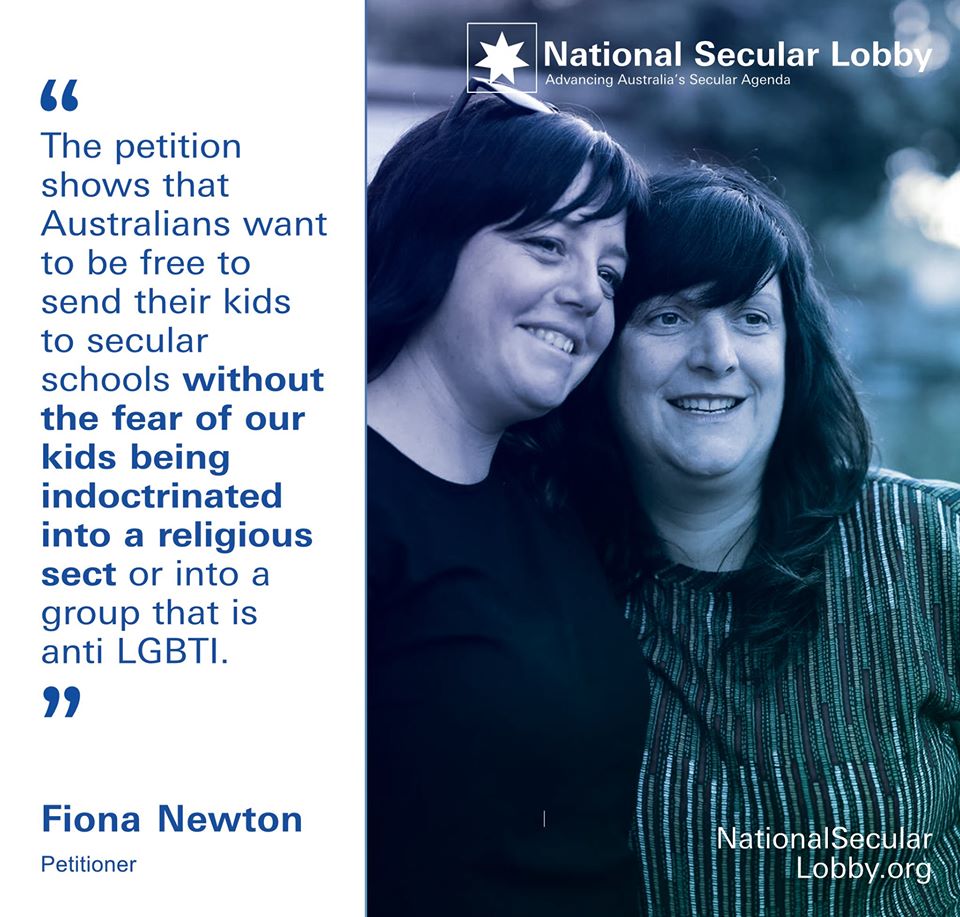