In an ABC radio interview, Jane Caro has made the secular case against federal funding of chaplains in public schools.

As an ambassador for the National Secular Lobby, Jane told listeners of the Focus program on ABC Radio in Perth that “enough is enough” when it comes to the multi-million-dollar flow of funds for the National School Chaplaincy Program.

“We have a whole lot of publicly funded religious schools already. Enough is enough. A lot of us want secular spaces for our children.”

The requirement that chaplains must have religious backgrounds is making children, teachers and parents uncomfortable.

“You don’t need to talk to a person of religion because you’ve had a fight with your friend. You can talk to any decent, warm-hearted, skilled person,” she said.

“The problem is religious people have particular views of the world, and those things include attitudes toward LGBTI kids, gender orientation to the role of women.

Listen to the full interview here. 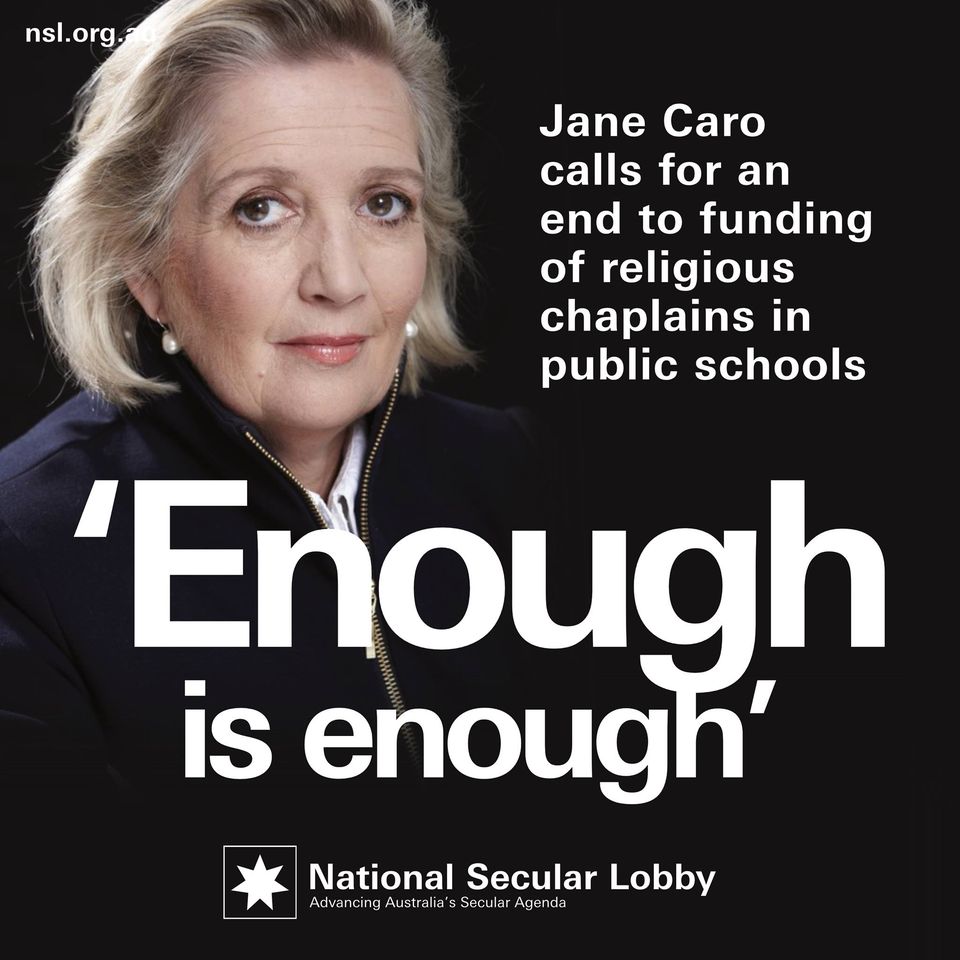