Despite the efforts of religious lobbyists and politicians in the past weeks, which have included threats to topple the recently returned Berejiklian government, new laws have today passed the New South Wales parliament to decriminalise abortion.

Jane Caro, an Ambassador for the National Secular Lobby, has congratulated her state on finally catching up with the rest of Australia on abortion.

“The bill was passed with a few – in my view, unnecessary – amendments, but it has survived more or less intact. Abortion in New South Wales will become a purely medical issue between a woman and her doctor until 22 weeks of gestation, when a few extra hoops will need to be negotiated,” she says.

“Those extra hoops are an unfortunate consequence of the religious zeal around this issue and add further levels of difficulty to the few pregnant women who find themselves facing the truly awful prospect of late-term abortion, almost exclusively due to danger to the mother’s life or because of potentially fatal malformation of the foetus.”

Jane says the reactions from religious quarters to the bill’s initial passing in the lower house points to their fear of losing control on many social issues, such as same-sex marriage and voluntary assisted dying.

“Decriminalising abortion gives control of birth into the hands of pregnant women. The success of the same-sex plebiscite has already given control of marriage to any two people who wish to tie the knot, regardless of their gender. If Victoria and WA are a guide, then the next stop is voluntary assisted dying (VAD), where the control of death will be in the hands of the person who is dying,” she says.

“But don’t be fooled into thinking secular Australia has won the war. The religious freedom legislation is a direct challenge to the same-sex marriage plebiscite. The opponents of the abortion bill were quick to extract a promise from Premier Gladys Berejiklian that there would be no more conscience votes in the life of this parliament. Way to head off a debate about VAD, I suspect!” 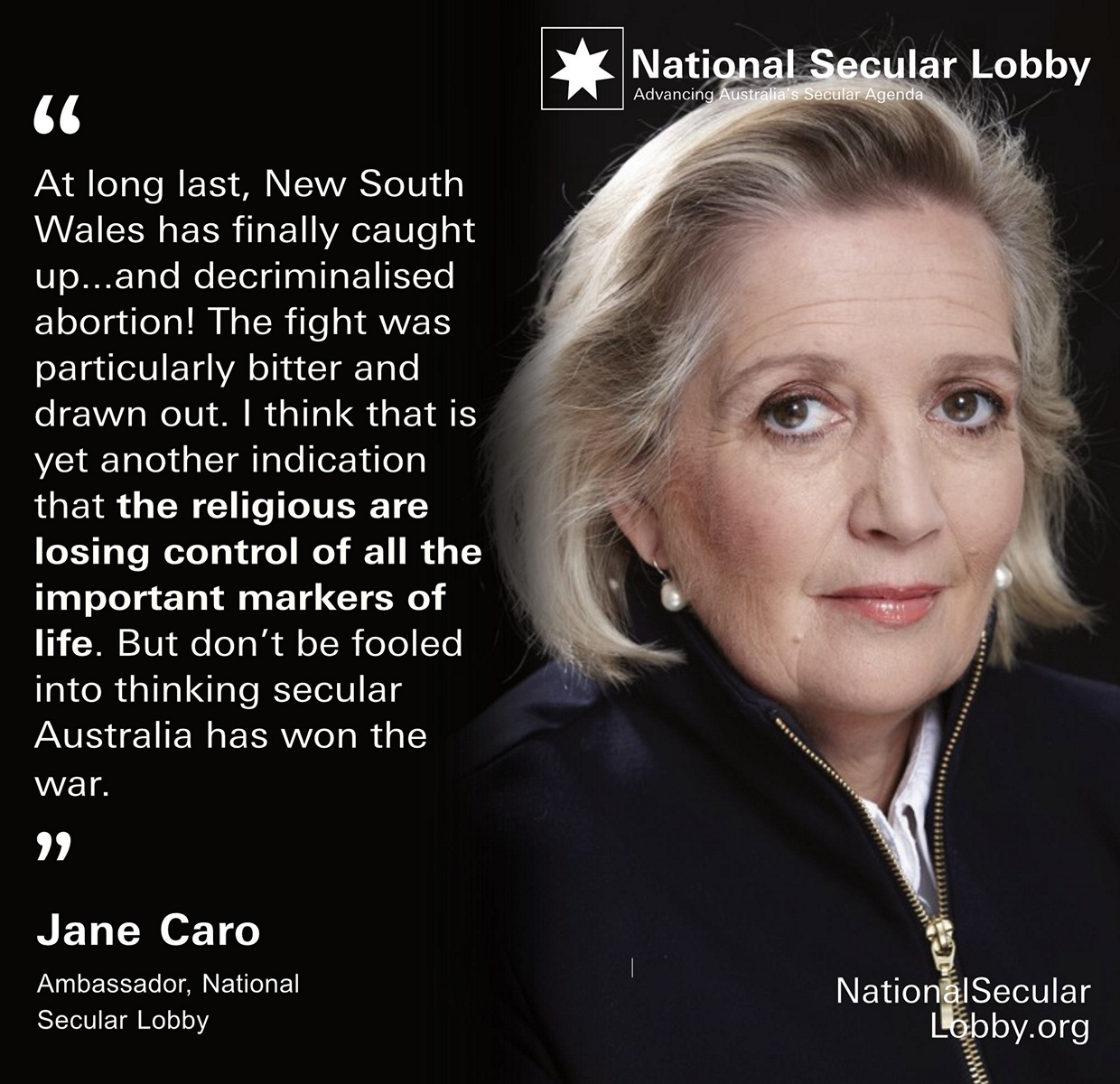