Within days of Scott Morrison’s triumph at the 2019 election, a view formed among many members of the federal Labor Party that the party's performance had suffered due to a failure to win over religious voters.

Now, with the Morrison government still proposing to introduce a Religious Discrimination Bill that has been roundly rejected by community groups, legal experts and businesses as being unfair, unworkable and divisive, Labor is about to finalise a new policy platform that seeks to appease religious lobbyists.

A new section on religion says:

The document, of almost 100 pages, makes no statement of principle about secularism – the need for the separation of church and state. The only mention of the word ‘secular’ is in relation to the party’s position on “high-quality, universal, free, secular government schooling” being available to every child.

"It's certainly true to say that, in Australia, freedom of belief is absolute. However, the freedom to manifest those beliefs is necessarily limited. Labor's statement is very broad and does not speak to the existence of any limits. It makes no reference, for example, to the interaction between religious freedoms and the right of others to be free from discrimination motivated by religious belief. The impression is that religion is given carte blanche," he says.

"We would like to see Labor embrace an overarching principle of secular policy. Secularism is the greatest protector of both freedom of religion and freedom from religion.

"We know, through the broad popular support for issues such as same-sex marriage and voluntary assisted dying, that many people of faith recognise the importance of not privileging any particular religious morality in legislation, which would be inherently divisive."

Labor Senator Deborah O'Neill, a Catholic, has welcomed the party’s renewed commitment to ‘religious freedom’, arguing that it restores support for the "rights of people in a democratic society to hold faith or to choose not to hold a faith". She has been a vocal supporter of the Morrison government’s Religious Discrimination Bill and has worked internally to bring change to Labor’s policy platform.

Last year, Senator O’Neill slammed what she described as an "ascendancy of language around secularity" that she believed was trying to silence the perspectives of people of faith.

Peter Monk says Labor needs to do more to win the support of the secular-minded Australians.

"Given the mixed signals coming from Labor, pro-secular Australians will be watching closely to see whether Labor stands up for secularism in the debate on the Religious Discrimination Bill, which, in the name of religious freedom, will actually enable greater religious discrimination."

Labor is calling for submissions to be made to its Consultation Draft by Monday 30 November. The NSL urges people making submissions on chapter 5, item 41, to advocate for secularism, and to point out that 'religious freedom' applies equally to the rights of the non-religious, and that encouraging the religious to 'manifest' their beliefs without consideration for the rights of others is, to some degree, inherently divisive to the community. For more information, visit the consultation draft page. 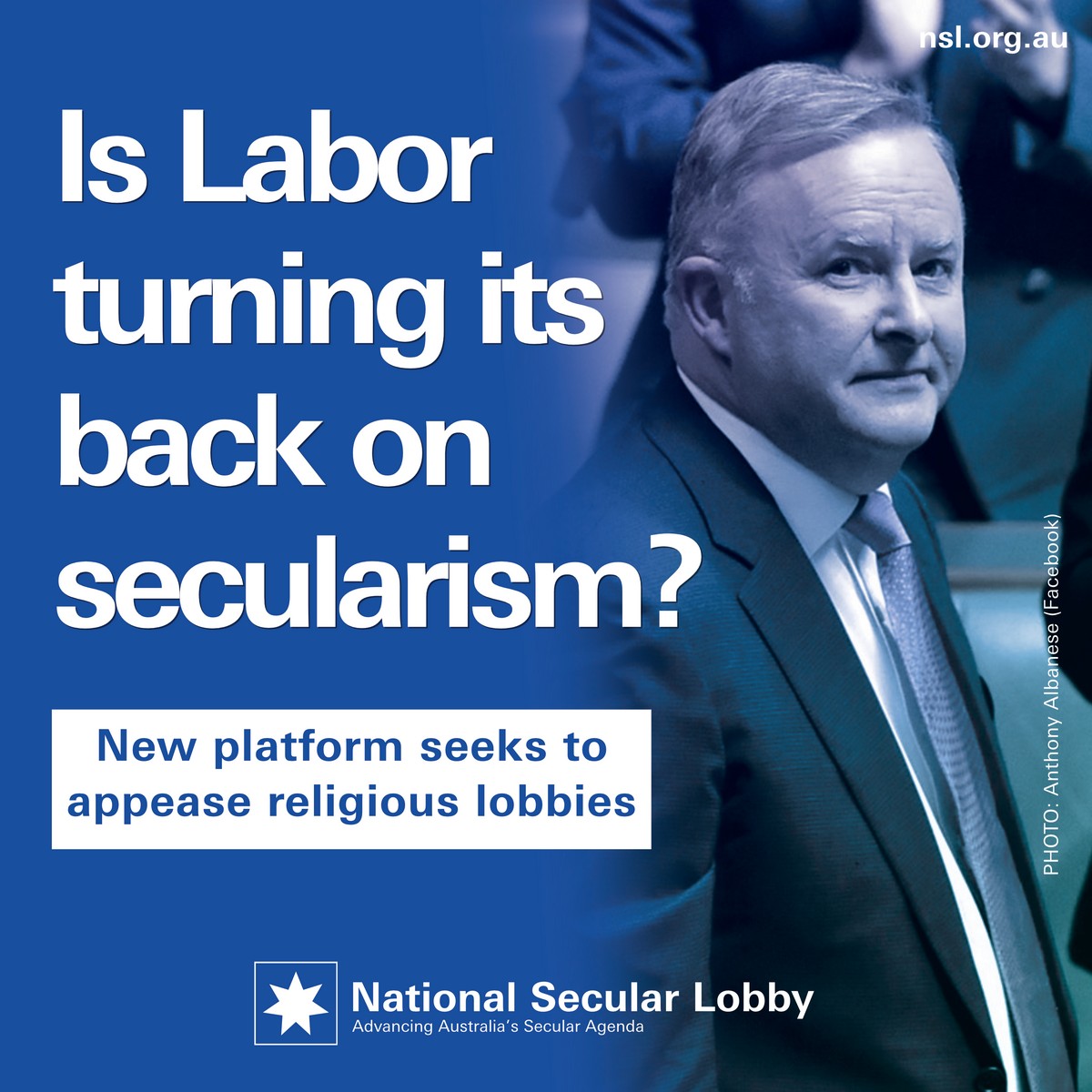