In a one-on-one interview to be published on our Secular Spotlight blog tomorrow, Trad discusses her support for VAD and the need for a grassroots effort to see Queensland join the likes of Victoria and Western Australia to introduce the humane end-of-life option.

“Through grassroots community engagement, and with the support of a majority of members of parliament – from all political parties – I am certain that we can get this legislation across the line. No change is too difficult when a community is united,” says Trad.

In the interview, Trad, who grew up in the Maronite Catholic faith, reveals her support for secularism.

“I absolutely support religion and the practice of faith within our community. However, as a diverse and multicultural community, we need to ensure that everyone is included when it comes to law-making and governing. That’s why it’s important to separate government from religion,” she says. 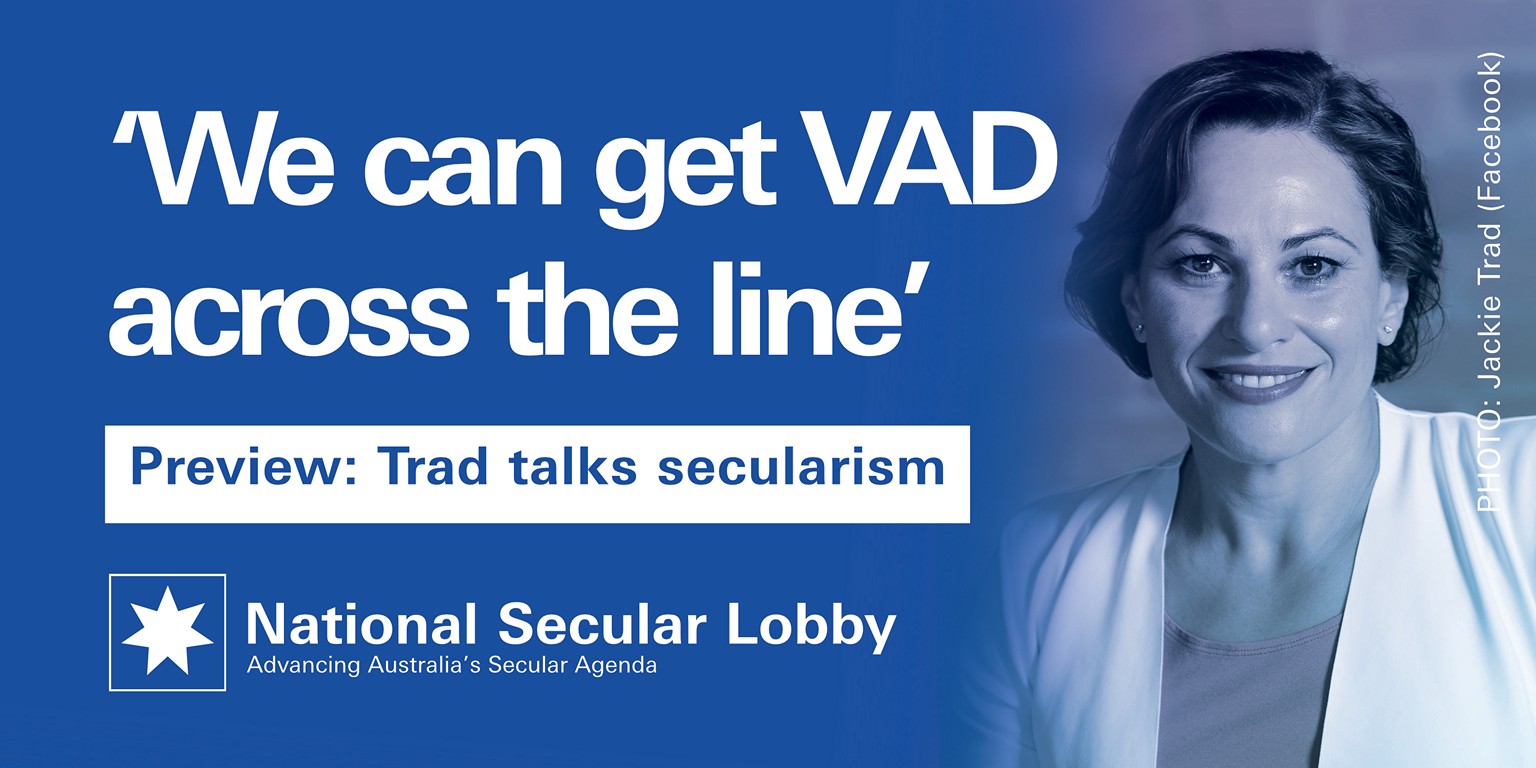