Pro-secular gains made in the Australian Capital Territory would be at risk if the Liberal opposition triumphed at the upcoming election, Chief Minister Andrew Barr has told the National Secular Lobby.

In a one-on-one interview to be published on our Secular Spotlight blog tomorrow, Barr says he is certain that the “ultra-conservative” Canberra Liberals will seek to unwind many of his progressive reforms if they win over voters when polling opens on 28 September and closes on 17 October.

In the interview, Barr reveals how support for secularism has been a guiding principle of his government and a key tenant of his personal political philosophy.

“To me, secularism is more than just the separation of church and state. Secularism champions universal human rights,” he says.

Barr also speaks about the need for more politicians to stand up for Australians to have a right to freedom from religion as well as freedom of religion.

We also quiz him on issues including voluntary assisted dying, prayers in parliament and the Morrison government’s Religious Discrimination Bill. 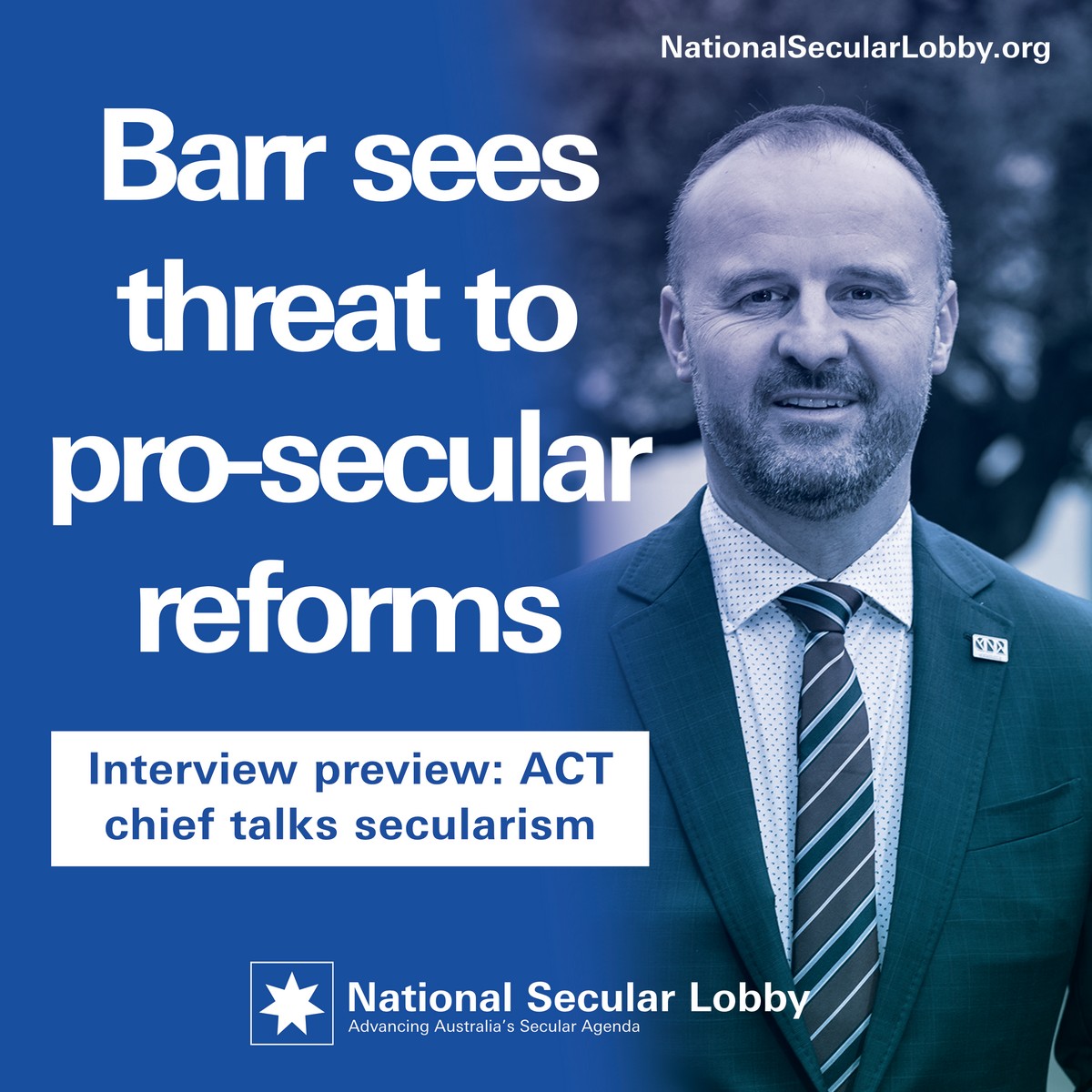