Now is your chance to make a submission to the parliamentary enquiry into NT Senator Sam McMahon's Ensuring Northern Territory Rights Bill 2021.

The Senate referred the Ensuring Northern Territory Rights Bill 2021 to the Legal and Constitutional Affairs Legislation Committee for inquiry and report by 6 October 2021.

Senator McMahon said of the Bill:

"On the 9th of September 1996 the Member for Menzies, Kevin Andrews MP, introduced a bill that was designed to remove from the Australian Self-Governing Territories the ability to pass legislation relating to euthanasia and assisted suicide.

The Andrews Bill, which was co-sponsored by Labor's Member for Watson Tony Burke, became law and since then the Territory has been second class citizens compared to the rest of Australia.

At the time the Federal parliament overturned The Rights of the Terminally Ill Act (ROTTI) 1995, the Northern Territory was at the forefront of the euthanasia debate in Australia. But now, 25 years later we are behind the rest of Australia.

I urge all concerned individuals and groups to consider making a submission as this will shape our future.

Any submission must address the totality of the bill, which focusses on Territory rights, and not just assisted dying/voluntary euthanasia. Submissions that do not directly address the provisions of the Bill, may not be accepted."

(Note: our source for the above quote seems to be incorrect on one point: while Tony Burke did work on the Bill with Kevin Andrews, he was not an MP at that point so could not have co-sponsored the Bill.)

Unfortunately, the Bill excludes the ACT due to ACT Senator Zed Seselja's failure to support it (as it would potentially allowing VAD laws to be passed).

The Bill does not exclusively deal with overturning the Andrews Bill (banning the making of VAD laws), it deals with the issue of democratic equality -- the inability of Territories to legislate for themselves in general.

Minister Cheyne's view is supported by ACT Human Rights Commissioner Dr Helen Watchirs, who said, "The legislative impediment imposed by the Commonwealth on the ACT is a significant limitation on the human rights of citizens in the ACT. In my view, there is a serious question whether the Commonwealth's Euthanasia Laws Act 1997 is compatible with Australia’s international human rights obligations."

You can learn more about the inquiry and make your submissions here.

Please note that per the advisory on the inquiry page:

The committee may not accept submissions that do not directly address the provisions of the bill, that is the right of the Northern Territory to legislate without Commonwealth interference, and discuss only the matter of voluntary assisted dying.

So VAD should not be the focus of your submission.

It would also be reasonable to include a comment that the Bill should be amended to include the ACT.

The Canberra Times has launched an "Our Right to Decide" campaign to restore Territory rights to legislate on assisted dying. 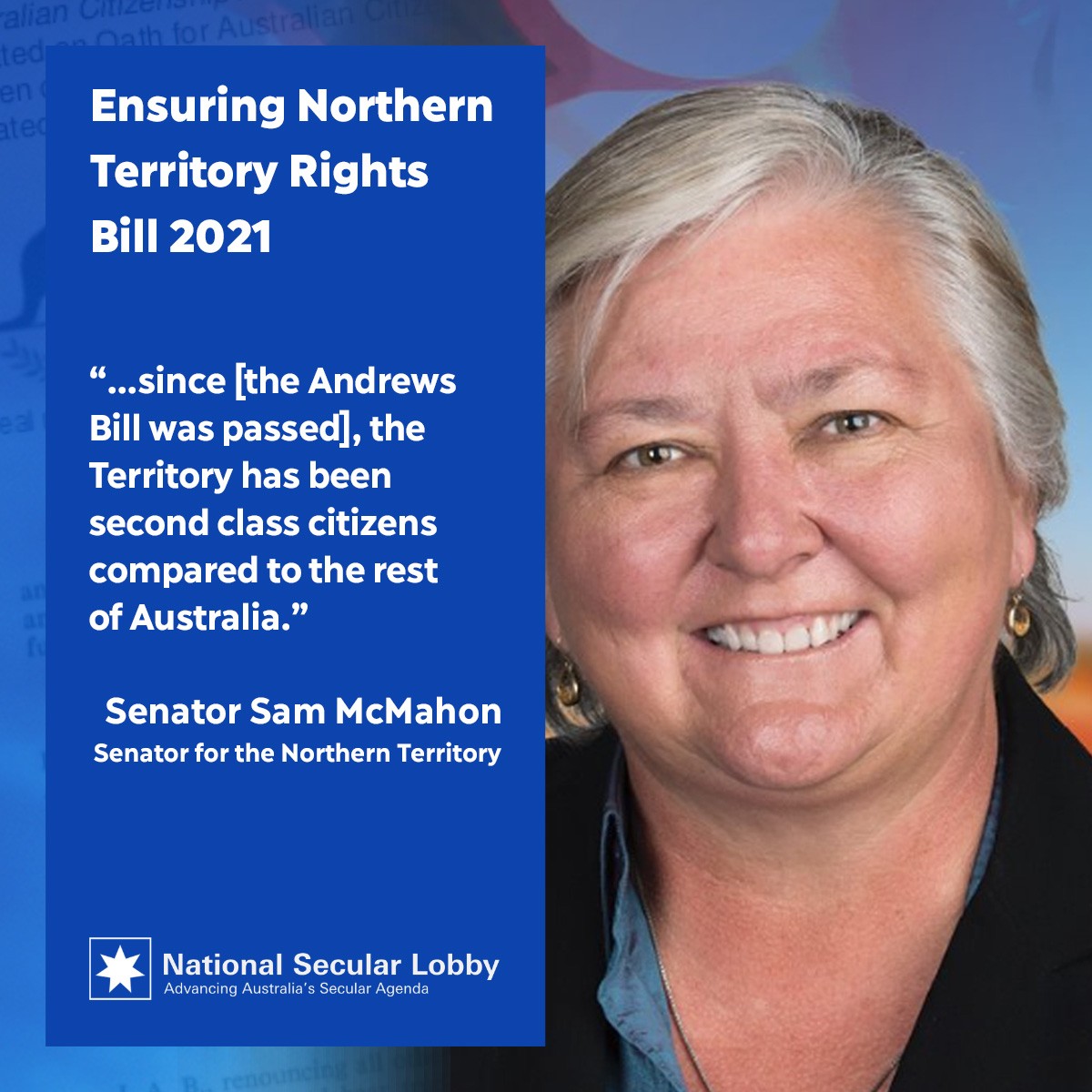