On the 10th of August, a census is being conducted to collect important data on the circumstances and attitudes of the Australian people.

Your friends and family will be asked if they hold religious beliefs, and it’s an important chance for them to think carefully about whether they still do.

When you're talking to them about marking 'No Religion' at census time, here are five good reasons you may want to put forward:

Studies indicate there are many people who do not identify as religious yet continue to mark a religion in the census, based on their upbringing, background or cultural heritage.

We’re committed to making sure we get this census right, and we’d love you to join our campaign to help to spread the message.

Once you’ve signed up, we’ll provide you with further resources, tools and messages you can use to speak to family and friends, or to show your support through social media.

Also, why not help us further by sharing this with your friends and family and asking them to sign up?

Thank you so much for your support.

The National Secular Lobby,
on behalf of the Census 2021 – 'No Religion' campaign team. 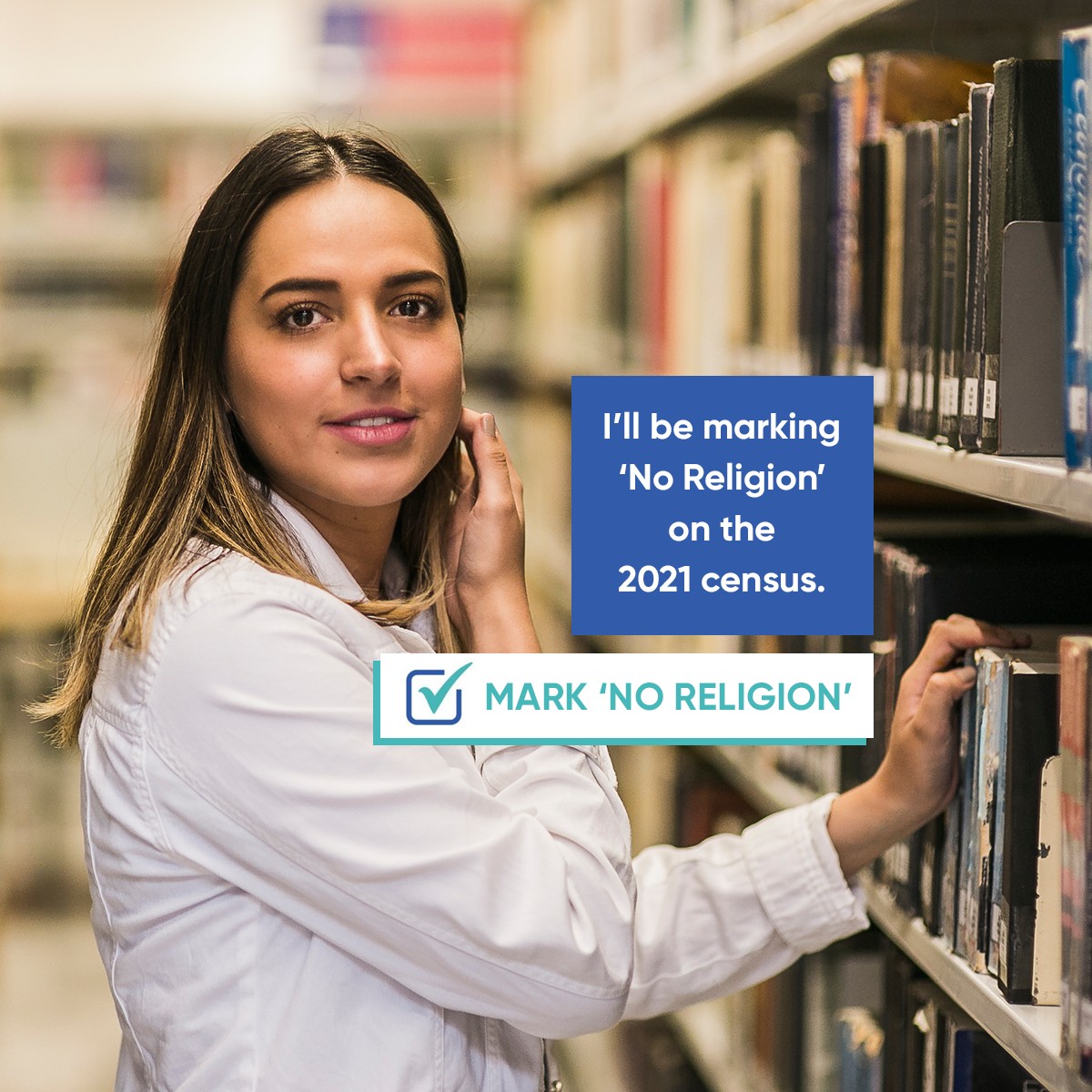