In the eyes of some religious people, Fiona Strahan had been made "special" by God; in the eyes of others, her short stature was some sort of “punishment”.

Like many disabled Australians, Fiona is no stranger to such humiliating words in the guise of religious expression.

As a Tasmanian, she has found some respite from such language through the protections afforded under the state’s Anti-Discrimination Act. But all that could change if the Morrison government secures wide-ranging privileges for religious people and overrides state anti-discrimination laws through its Religious Discrimination Bill.

“The interconnection of religion and disability is complex and contradictory. We are ‘special’ and we are its opposite,” says Fiona.

“‘Special’ separates us and makes us more isolated and vulnerable to unwanted attention, abuse and exclusion. Its opposite is flat out humiliating, nasty, cruel and shame-making.

“Regardless of whether prejudice dons a cruel face or a well-meaning one, the intent is always the same and the results are always exhausting and destructive.”

Fiona says the Tasmanian Anti-Discrimination Act is critical to protecting people disability and points out that most complaints under the relevant section of the act – section 17 – are from people with disability.

“The religious freedom debate is thought of as being about God versus LGBTIQ people. I stand in solidarity with LGBTIQ people...who have too often suffered hateful and harmful speech, often in the name of religion,” she says.

“But, based on statistics alone, it is people with disability who have the most to lose from the license to hate and discriminate contained in the Religious Discrimination Bill.”

Thanks to Fiona for letting us share this story, which is based on an opinion piece she wrote recently for New Matilda. Read the full story here. 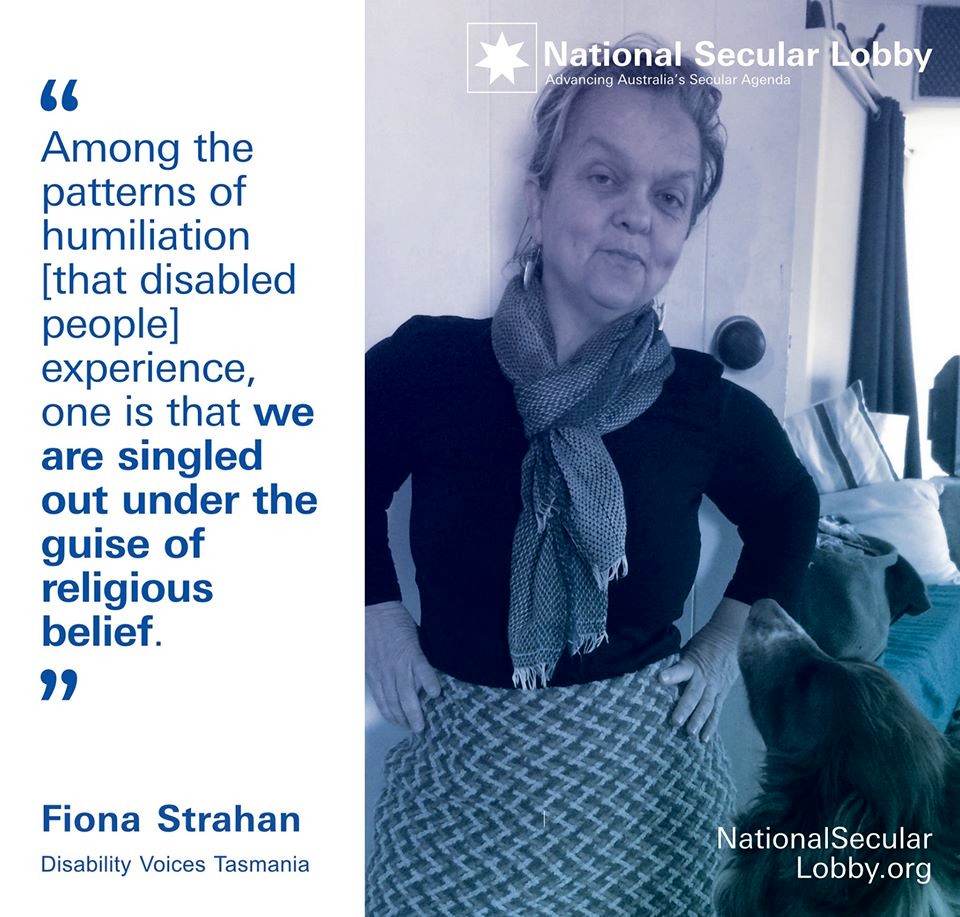