While the overwhelming majority of Aussies continue to support calls to legalise voluntary assisted dying (VAD) across the country, religious lobbyists and institutions are utilising the same old arguments to pressure state governments from acting.

So we thought we would ask a Christian group that has been working hard in advocating for VAD to give us some insights into the common arguments used by opponents of VAD.

Today, Ian Wood from the group Christians Supporting Choice for Voluntary Assisted Dying joins us to discuss four of the key arguments.

Like many Christians, Ian believes legislation for VAD should be based on facts and not religious dogma.

“It is fascinating to contemplate the objections raised by the people who oppose the choice of a peaceful, quick, dignified, assisted death,” says Ian.

“Members of our group believe that love, empathy and compassion for a suffering fellow human should take precedence over religious dogma. No government should seek to deny the right of any individual to have some control over their final decision at the end of their life.”

On 'the biblical' argument, Ian says:

“It is also interesting and quite important to be aware of how the thrust of Christian opposition to VAD has changed in the more than 10 years that I have been involved. Initially, it was based on biblical quotes, such as 'Thou shalt not kill’. Of course, 'Thou shalt not kill' can be easily rebutted with other biblical quotes. Shall we completely ignore all the bloodshed of the Old Testament? The story of every person in the world being drowned, except for Noah and his family, is just one example."

“Another such quote is: 'God has allocated us a time span for life on earth'. But shall we completely ignore the fact that operations, dialysis, insulin and even antibiotics are all human interventions that alter our lifespan? Notable in the biblical argument against VAD is the total lack of Christian compassion for those dying with inhumane suffering.” 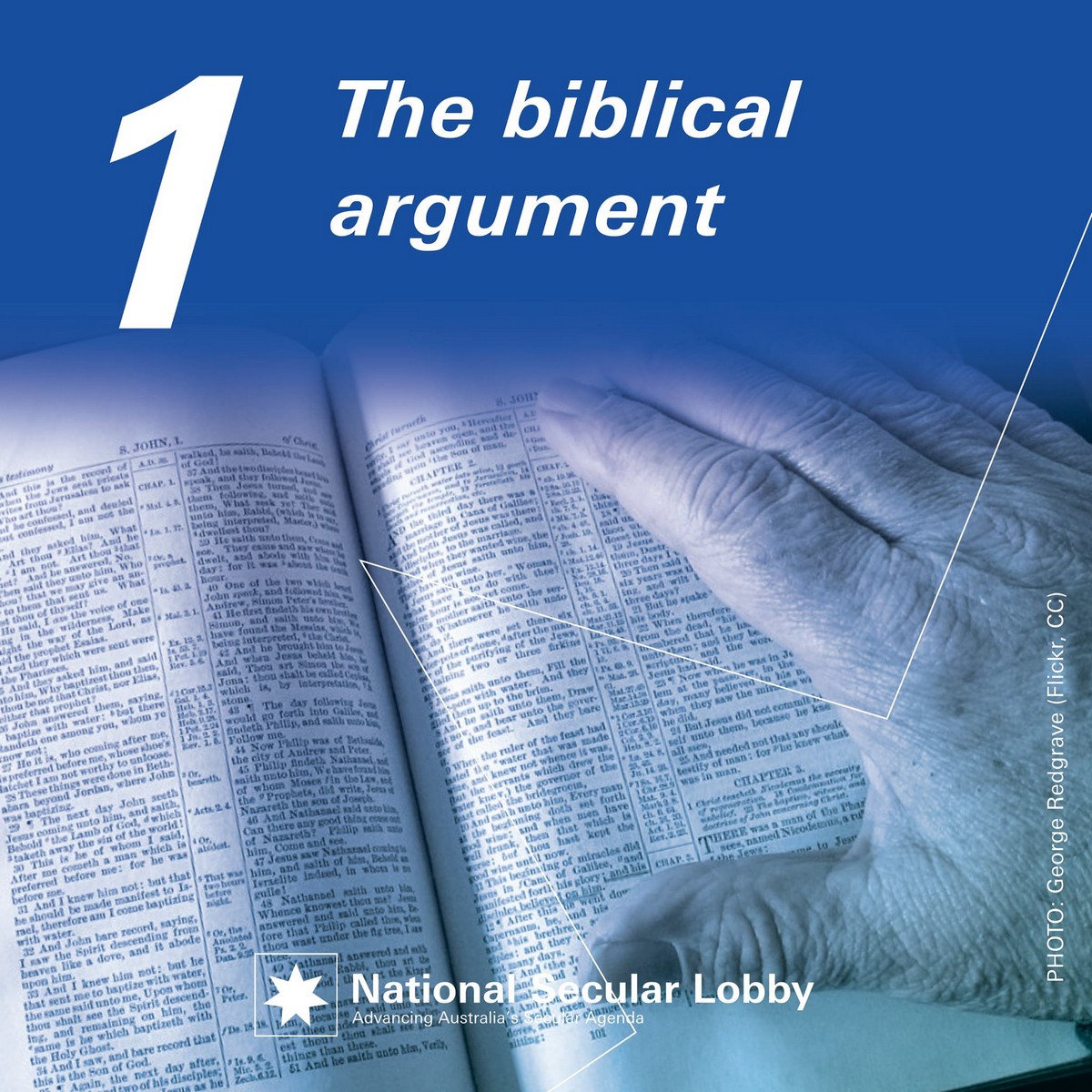 “Much of the Christian opposition is based on fear, uncertainty and doubt – what we refer to as FUD. They try to raise fear about the elderly – who are the alleged 'vulnerable' – while ignoring the fact that, to access VAD, the patient must be approaching death and already be enduring futile suffering. Being elderly is not in the criteria to access VAD."

“We find cherry picking of data or articles by the opposition to try and create doubt. For example, VAD opponent Alex Schadenberg, allegedly citing a Canadian Medical Association Journal article from 2010 stated: '...that vulnerable people die by euthanasia in Belgium, and these are not being reported, making it an invisible crime'. The truth is that the article conclusion stated: '...no evidence was found to support the fear that once euthanasia is legalised the lives of elderly patients would be more likely to be ended with the assistance of a physician. Older patients thus seem not to be at higher or increasing risk of euthanasia after legalisation.'

"A recent headline article in the Catholic Weekly was '52 people were killed', and an email from HOPE No Euthanasia had as the subject '50 lost lives'. Both are examples of using fear and doubt, deploring the fact that 52 people had used the Victorian VAD law in the first six months." 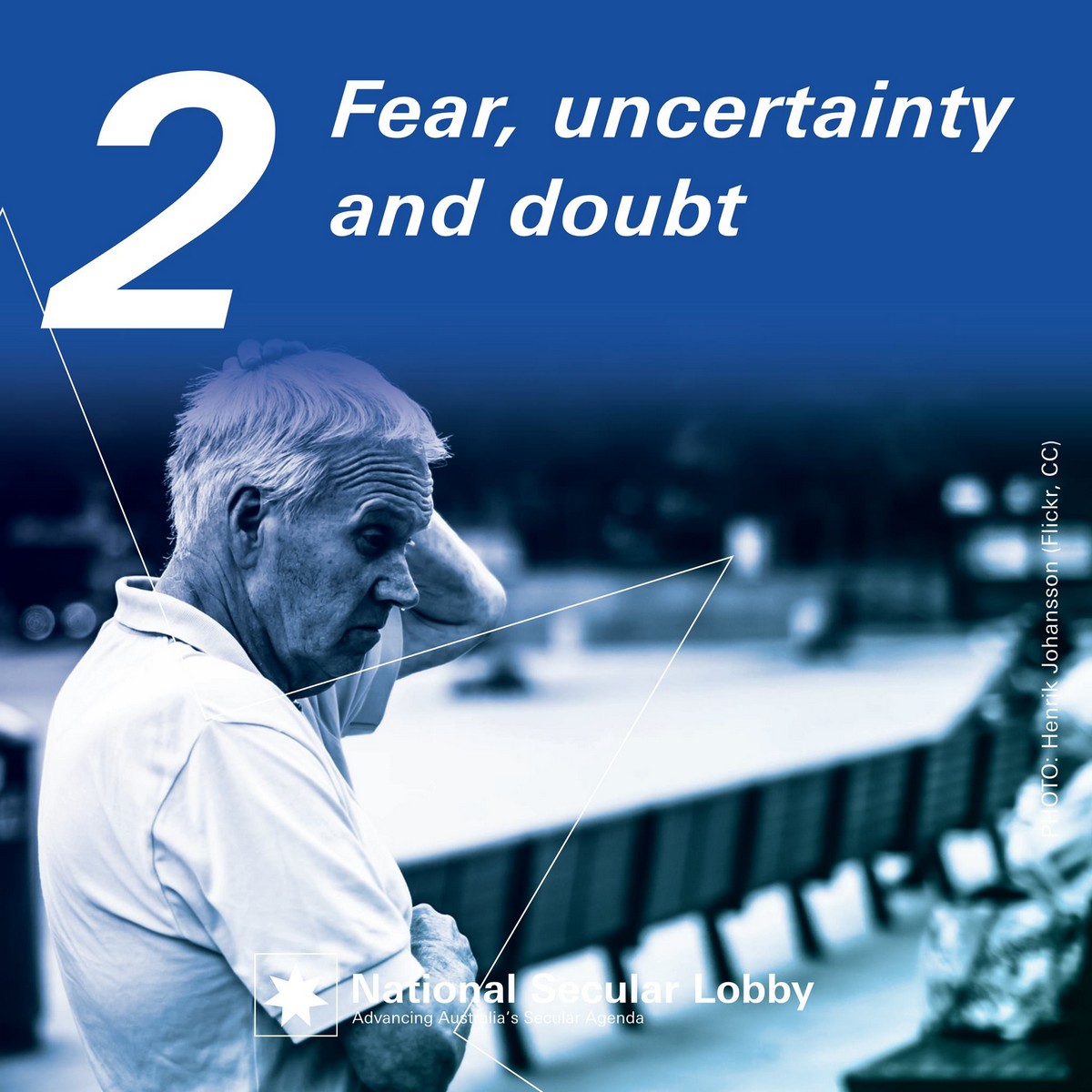 “In recent years, the trend for religious opposition is to use the alleged ‘slippery slope’ and the alleged coercion of the elderly and vulnerable, rather than the ‘sanctity of life’ and the ‘Thou shalt not kill’ arguments in previous years. The idea with a ‘slippery slope’ being that, once a law is written to assist people to die, there is no way of controlling it: assistance to a small group of people will inevitably be expanded to those who are simply tired of living, the elderly, the weak, those with a disability and the ‘vulnerable’."

“The fact is that over 20 years’ experience of VAD in Oregon shows no evidence of any such slope. The same applies in other jurisdictions with VAD. The Victorian Committee of Inquiry into VAD travelled overseas to speak with doctors, medical and legal experts, palliative care specialists, disability rights groups and opponents of these laws to see how they were working. They found: '...rigorous safeguards, monitoring procedures and high levels of compliance sitting within robust regulatory frameworks focussed on transparency, patient-centred care and choice.' They concluded: 'We found no evidence of institutional corrosion or the often cited ‘slippery slope’.” 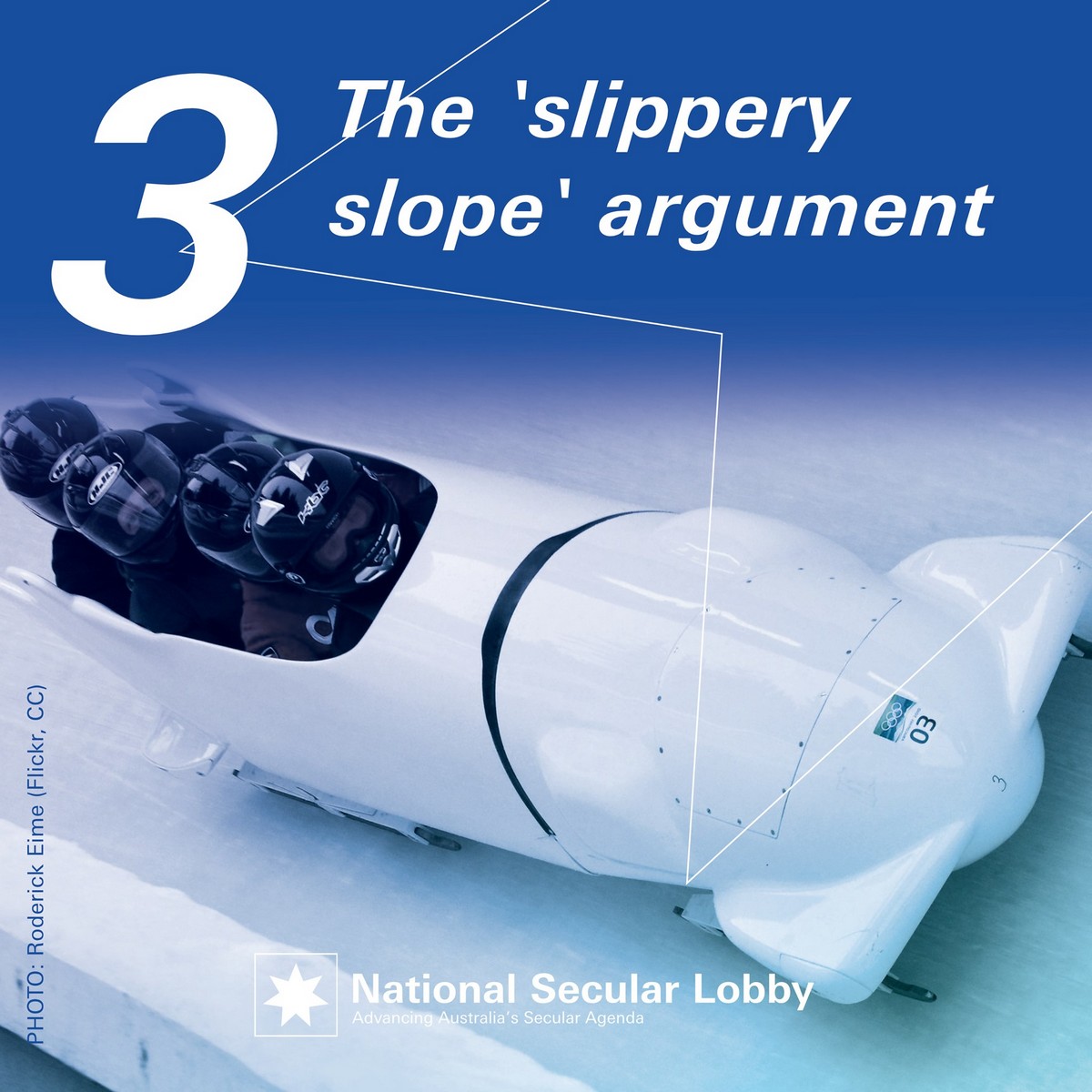 “Research has shown that one in six palliative care patients report moderate to severe distress from pain during the terminal phase of their terminal illness. The last resort in palliative care, when all else fails, is to put the person into a medically induced coma, known as terminal sedation, where they gradually starve or dehydrate to death – a circumstance that family and the nursing and medical staff can find extremely distressing to watch. As Christians, we ask why it is morally acceptable that the slow death procedure should be legal but not the other alternative.” 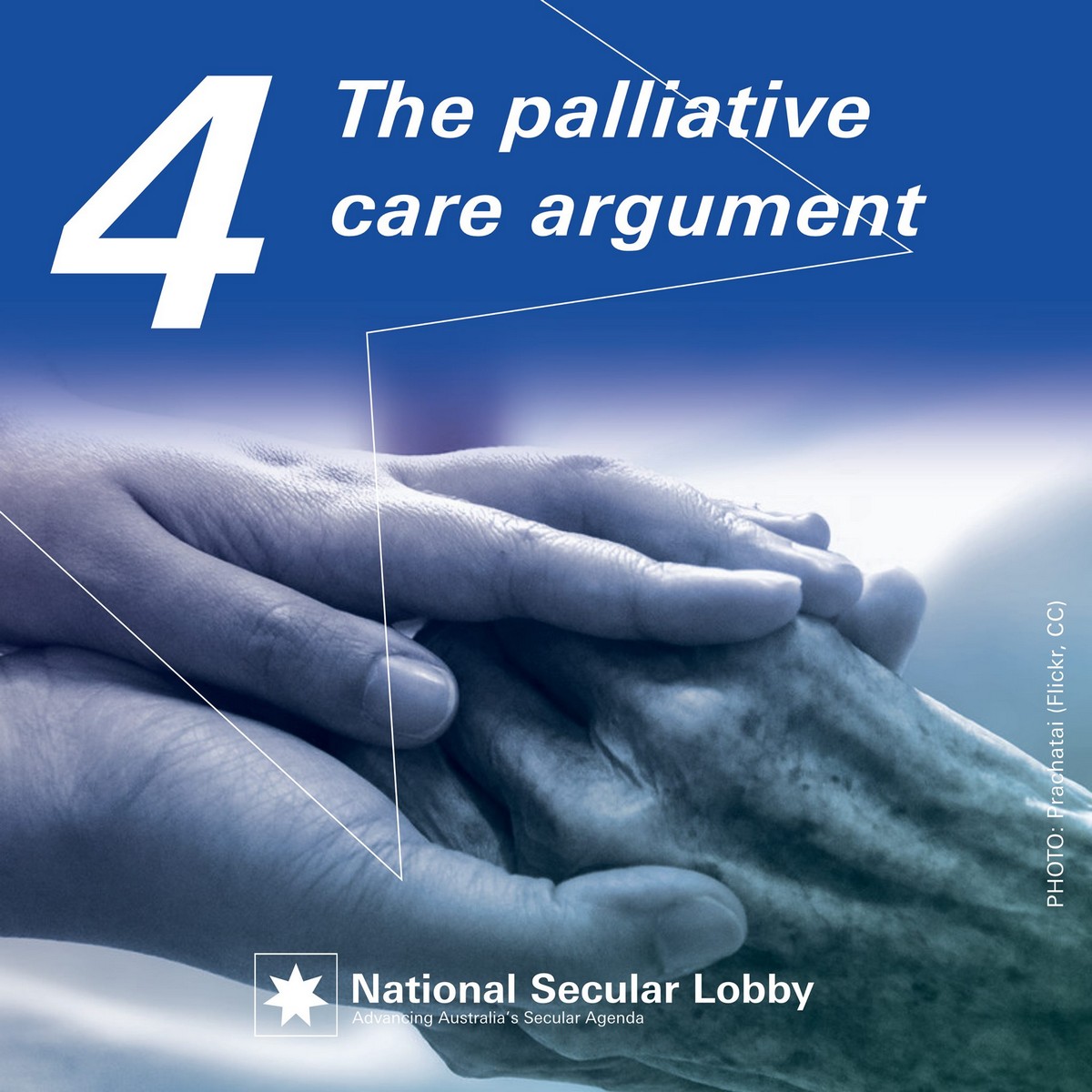