By publishing a single petition online, Emma Linton has helped spread to tens of thousands of Australians the word about the pending disaster of the Morrison government’s Religious Discrimination Bill.

Since her petition launched shortly before Christmas, Emma has collected more than 60,000 signatures calling for the proposed legislation to be stopped.

The petition warned that all kinds of vulnerable groups would be affected if the government was successful in turning Australia into Gilead (a reference to The Handmaid’s Tale).

In speaking to the National Secular Lobby, Emma said the response to her petition was indicative of the widespread fear across the community.

“A collection of examples from the government’s explanatory memorandum to the bill brings to light a disturbing trend – one which will remove any accountability for people who target vulnerable Australians through hate speech, under the guise of religion,” she said.

“I was raised as a Christian child. As I grew up, I couldn't reconcile some of the teachings I encountered with my own values around equality and 'doing no harm.' I believe we should all have the freedom to be guided by our own set of beliefs, so long as we do not harm others.

“This is especially important in the public sector. Our schools, childcare and medical facilities are taxpayer-funded services which all Australians should be able to access equally and without fear of judgement, hate speech and persecution.”

At the National Secular Lobby, we’re pleased to see secular-minded Aussies from all walks of life and political stripes starting to stand up to the extraordinary expansion of religious privilege.

For Emma, the threat to secular society posed by this legislation should be a concern for all Australians.

“Secularism is about equality, and equality is something I feel strongly about,” she says.

“Australia should be a place in which we are all free to be who we are, no matter what our faith, sexuality or ethnic background. A secular society is one which prioritises the needs of all Australians, rather than just the God-fearing.”

Click here to add your name to Emma’s petition. 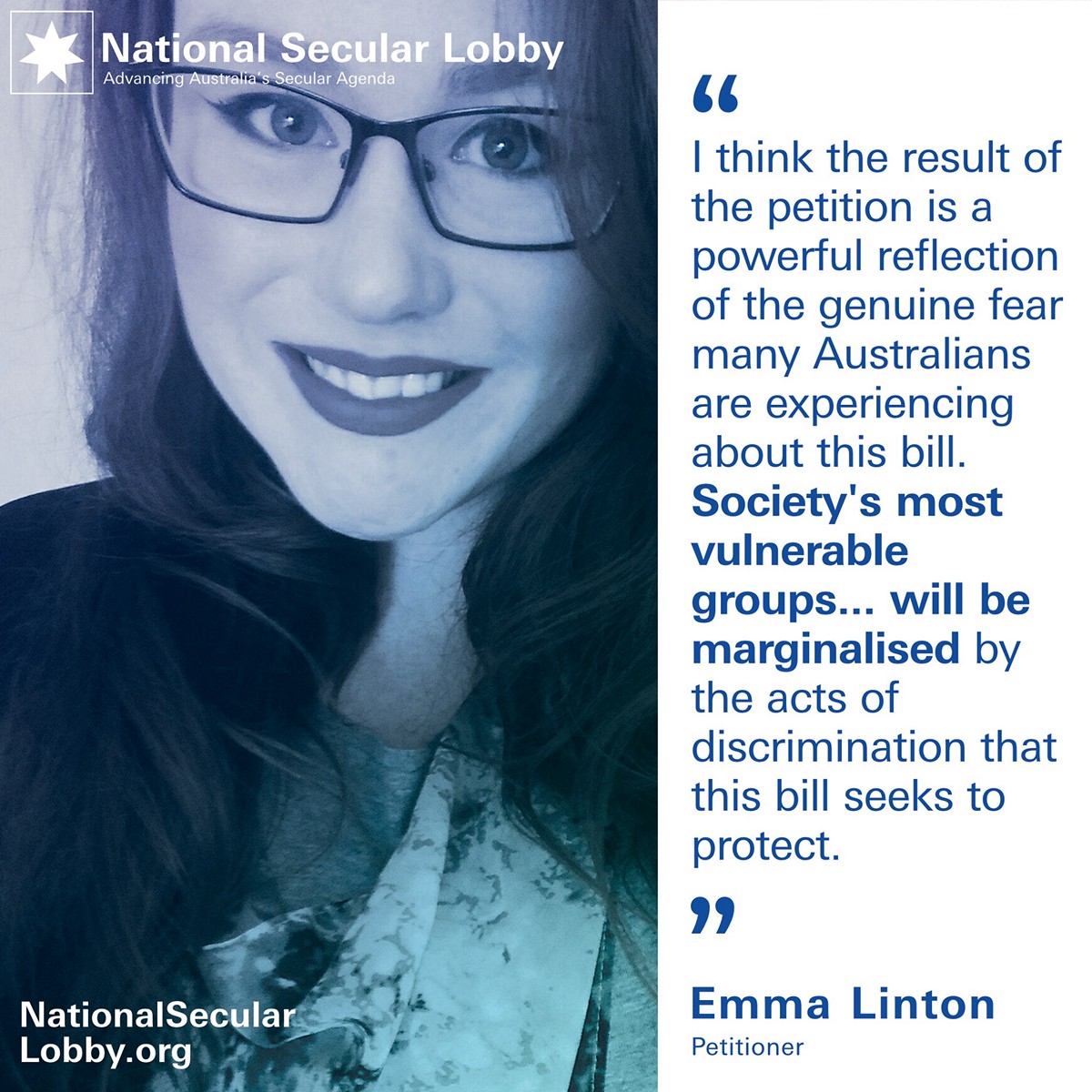