Ever had a street preacher lecturing you about your ‘sinfulness’ as you’ve been walking the streets of your city, going about your shopping or taking the public transport?

Well, brace yourself. The Morrison government, through its Religious Discrimination Bill, is set to empower these preachers even further, making them even more of a nuisance to the rest of us.

In Tasmania, a new community group called Devils in the Detail - Hobart, Tasmania has formed to raise awareness of how the legislation could embolden street preachers to harass or intimidate members of the public under the guise of ‘religious freedom’.

Spokesperson Samuel Mazur says a street preacher who is found to have violated a by-law governing when, where and how preaching can occur in council-controlled areas will have a new right to take a complaint against the by-law to the Human Rights Commission, alleging ‘religious discrimination’.

“This is likely to lead to a large number of test cases funded by evangelical churches or through organisations such as the Australian Christian Lobby and its litigation arm, the Human Rights Law Alliance,” he says.

“This could result in councils being intimidated into not passing or enforcing the relevant by-laws that affect this type of religious activity.

“The reluctance of too many Australian street preachers to follow council by-laws will only increase the likelihood of these outcomes.”

Devils in the Detail is calling for Australians to sign its new online petition. 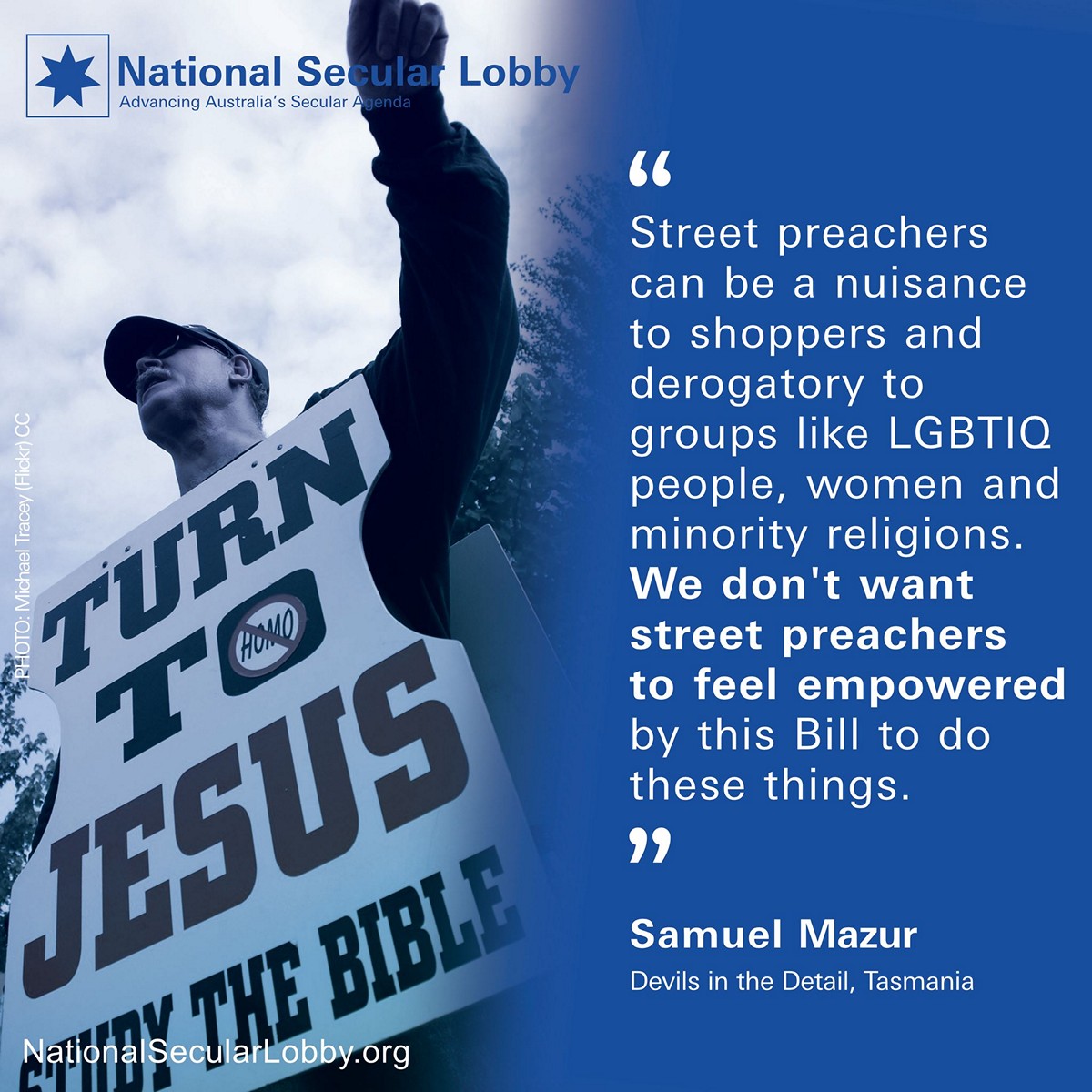