Australian workplaces are staring down the barrel of religious employees suddenly becoming far more privileged than their non-religious colleagues.

If the Morrison government gets its way with its proposed Religious Discrimination Bill, one of the knock-on effects will see employers having to take into consideration the religious beliefs and practices of its staff so to avoid indirect discrimination.

But, as Sydney barrister Dean Stretton points out, non-religious employees would not enjoy the same treatment. In this scenario, accommodating someone’s commitment to Friday evening prayers at the local mosque will outrank accommodating another person’s commitment to a Friday family dinner or a footy game.

Such provisions that privilege the lives of religious people above non-religious people in the draft bill can be traced to the flawed definition of ‘religious belief or activity’.

Dean argues that this definition needs to be expanded to include philosophical beliefs and activities so that – per the International Covenant on Civil and Political Rights (of which Australia is a signatory) – we have appropriate protections for non-religious beliefs.

You can read Dean’s full submission here on the blog of our friends at the Iron Fist and the Velvet Glove podcast. 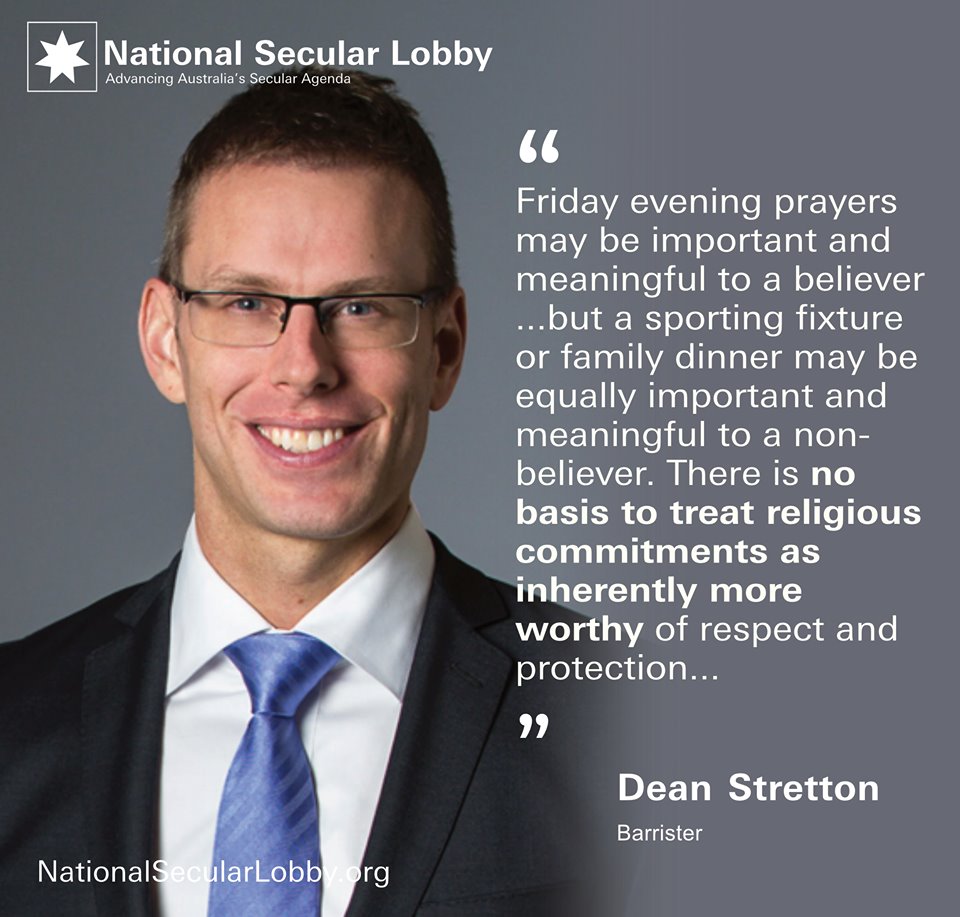