Non-religious Australians will cop the rough end of the stick if the Morrison government gets its way with the ‘religious freedom’ bill.

This is the key observation of Sydney-based barrister Dean Stretton, who voiced his concerns about the likely impacts on Australia’s fast-growing non-religious community in a submission to the government.

Dean argues that significant changes are required to the current draft bill to ensure that believers and non-believers are treated equally and protected against direct discrimination.

“The draft bill privileges religious belief over non-belief and introduces new forms of discrimination against non-believers. It should be redrafted to avoid these flaws,” he says.

“What I request is as simple as it is important: that the legislation be redrafted to recognise the equal human rights of non-believers.”

In another example, he says it is “extraordinary” that non-religious people are excluded in regard to the conscientious objection provision, which only applies to health practitioners who are of a religious faith.

“The fundamental error here, and in the draft bill generally, lies in treating freedom of religion as a standalone right. It is instead part of a broader right to freedom of thought, conscience and religion, which includes freedom of non-religious belief,” says Dean.

You can read Dean’s full submission here on the blog of our friends at the Iron Fist and the Velvet Glove podcast. 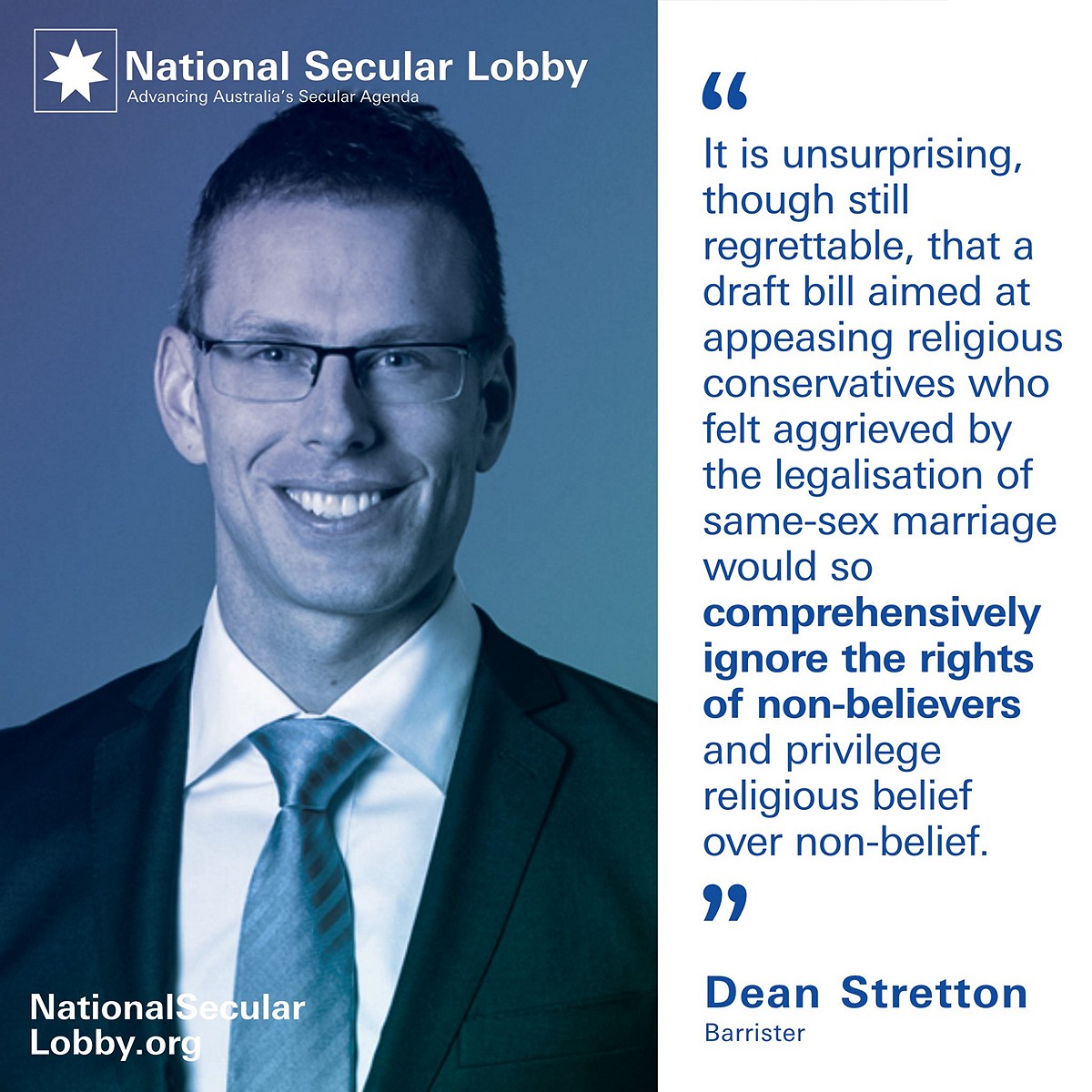