Ian Wood is a Christian and a passionate advocate for voluntary assisted dying (VAD). And he is certainly not alone. Indeed, the vast majority of Australia’s Christians support the legalising of such humane end-of-life options.

While media coverage often pits faith communities against VAD, Ian, who co-founded Christians Supporting Choice for Voluntary Assisted Dying with Reverend Trevor Bensch in 2009, says the church hierarchies are the ones out of step.

“Reputable polling and the ABC's Vote Compass from 2019 shows around three out of four Catholics and Anglicans support this end-of-life choice. We deplore the ongoing attempts by sections of the church hierarchy to impose their closed-minded opposition to VAD on all Australians, including the substantial majority of Christians,” he says.

“Some of these hierarchies view end-of-life suffering as beneficial. Our belief is: they are welcome to endure whatever end-of-life suffering comes their way, if that is their choice, but do not attempt to force every other Australian to do the same. We ask them to accept and respect our views.

“Given the abuse and cover-ups by paedophile priests and many churches, and the tragic suicides by so many innocent victims, in a cruel irony the church has lost any moral authority it had to deny us VAD choice.”

Buoyed by the progress of VAD in Victoria and Western Australia in recent years, Ian’s group is hopeful similar changes will follow elsewhere.

“We strongly endorse any move to lobby for VAD choice in Queensland and Tasmania in 2020,” he says.

Ian believes most Christians support VAD because they view it as a final act of love and compassion for a fellow human.

“Let’s not forget the simple truth – under voluntary assisted dying laws there will not be a single extra death but there will be a lot less suffering!” 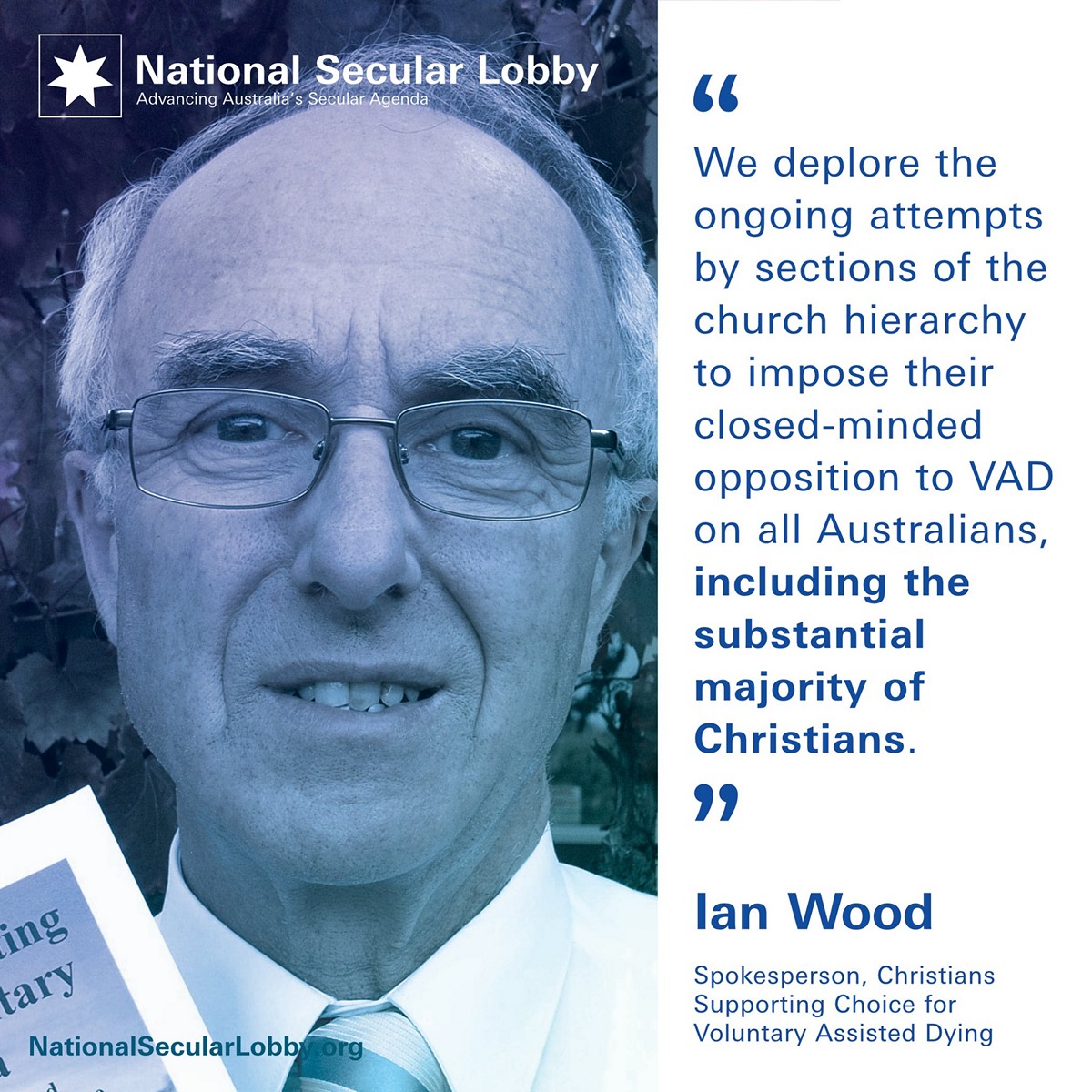