Amidst all the gloomy news about the coronavirus pandemic, you may have missed some good news from Queensland.

That recommendation came after hearing from thousands of Queenslanders through an inquiry process which saw continued opposition coming from religious organisations, including the Catholic Church.

In appalling remarks, Brisbane’s Archbishop Mark Coleridge made a link between VAD – which has the overwhelming support of the public, including 77% of Catholics, according to the ABC’s Vote Compass – and the coronavirus pandemic.

"[The recommendation came as no surprise] given the cultural tide of this time and the resources invested by the supporters of physician-assisted suicide,” he told The Catholic Leader website.

Terminal cancer patient and VAD advocate Tanya Battel welcomed the recommendation and was hopeful that VAD would become an option in Queensland sooner rather than later. Her online petition calling on the Palaszczuk government to legislate VAD before the state election has reached more than 70,000 signatures.

Tanya attended the same public hearing as Archbishop Coleridge and his colleagues last year and was disappointed not to get a chance to share her story with him.

“It's a shame they didn't stay for the remainder of the day to hear the heartbreaking stories of family members left traumatised by their loved ones' deaths and the stories shared by myself and others about our journeys with terminal cancer,” says Tanya, from the advocacy group VALE - Voluntary Assisted Life Ending,

“Judging from the results of the ABC election survey, it’s clear that the ‘hierarchy’ doesn’t represent the views of the community or their congregations.”

Peter Monk, President of the National Secular Lobby, urged the Queensland Labor government to move ahead with VAD legislation. Just as Australians had long stopped listening to the Catholic Church on such issues, he said it was time for governments to do so, also. 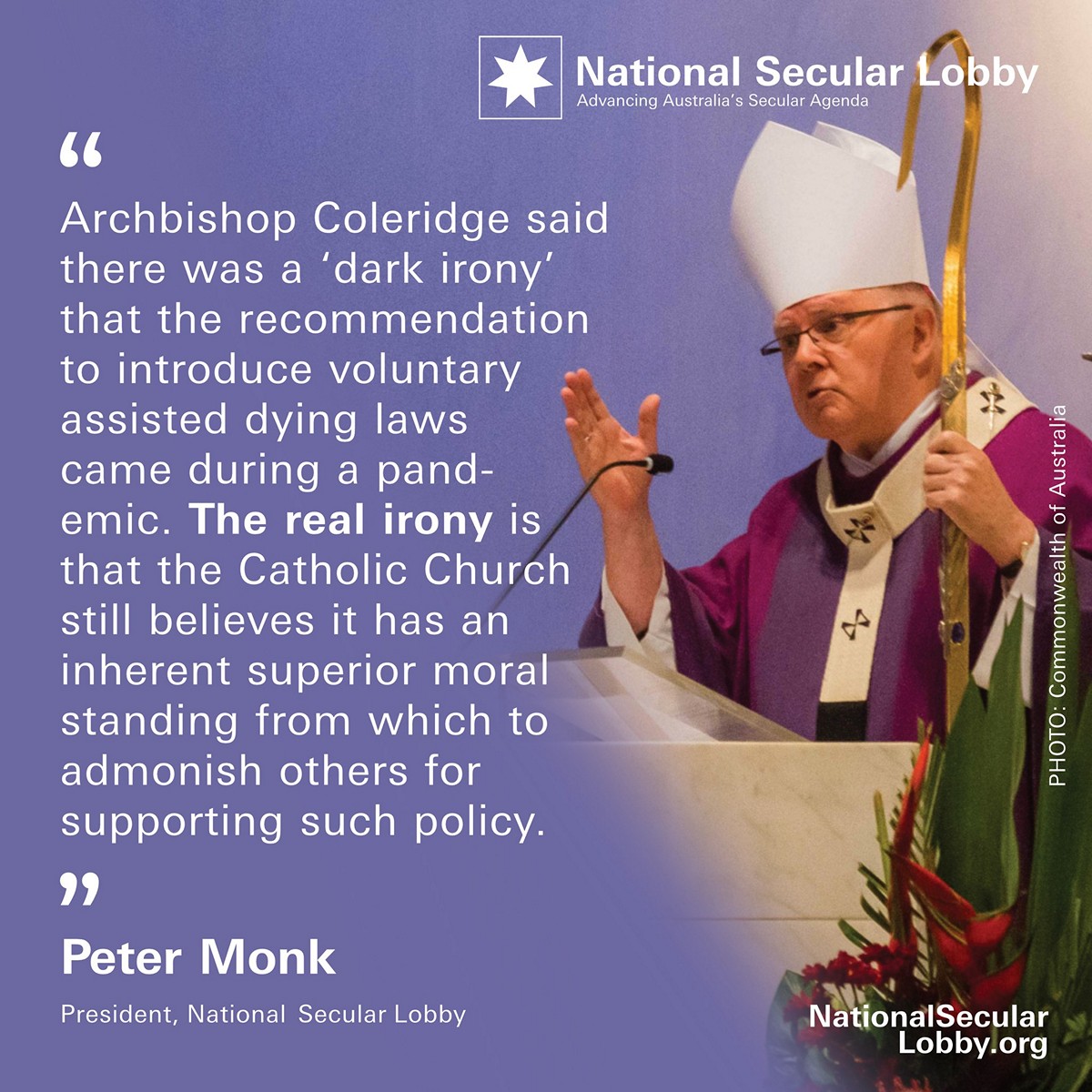