The predominance of extreme Christian voices in Australia’s mainstream media on social and political issues urgently needs to be addressed.

National Secular Lobby Director Brian Morris believes that the nation’s media outlets are, just like politicians, fearful of upsetting the small but noisy section of the religious community represented by the likes of the Australian Christian Lobby.

At the same time, Brian says, strong advocates of secularism are completely ignored in the debates.

"As a former journalist, I’m acutely aware how difficult it is to assert the secular voice in mainstream media," says Brian.

"Typically, the nation’s non-religious citizens are denied any real opportunity to publicly ask serious questions. Alarmingly, an opposing voice is the crucial element that’s missing from this one-sided campaign for religious freedom."

"Why is that? Do newspaper editors – or radio and TV producers and presenters – feel it is much safer simply to avoid a possible backlash from Christian militants in their audience? Where, one may ask, are the clear secular voices to temper these religious excesses? It is an urgent call – in a supposedly enlightened era – for equal media access to articulate the case of freedom FROM religion."

Brian founded the National Secular Lobby with the vision of providing a strong voice in politics for Australians who support the separation of church and state.

He encourages all secular-minded people to do their bit to help end religious privilege by telling their friends about us, sharing our content on social media and, if possible, giving a donation at www.nationalsecularlobby.org/contribute/

"Your donation will drive the National Secular Lobby to raise its social and mainstream media profile to a far higher level and to re-establish an assertive secular agenda nationally," he says. 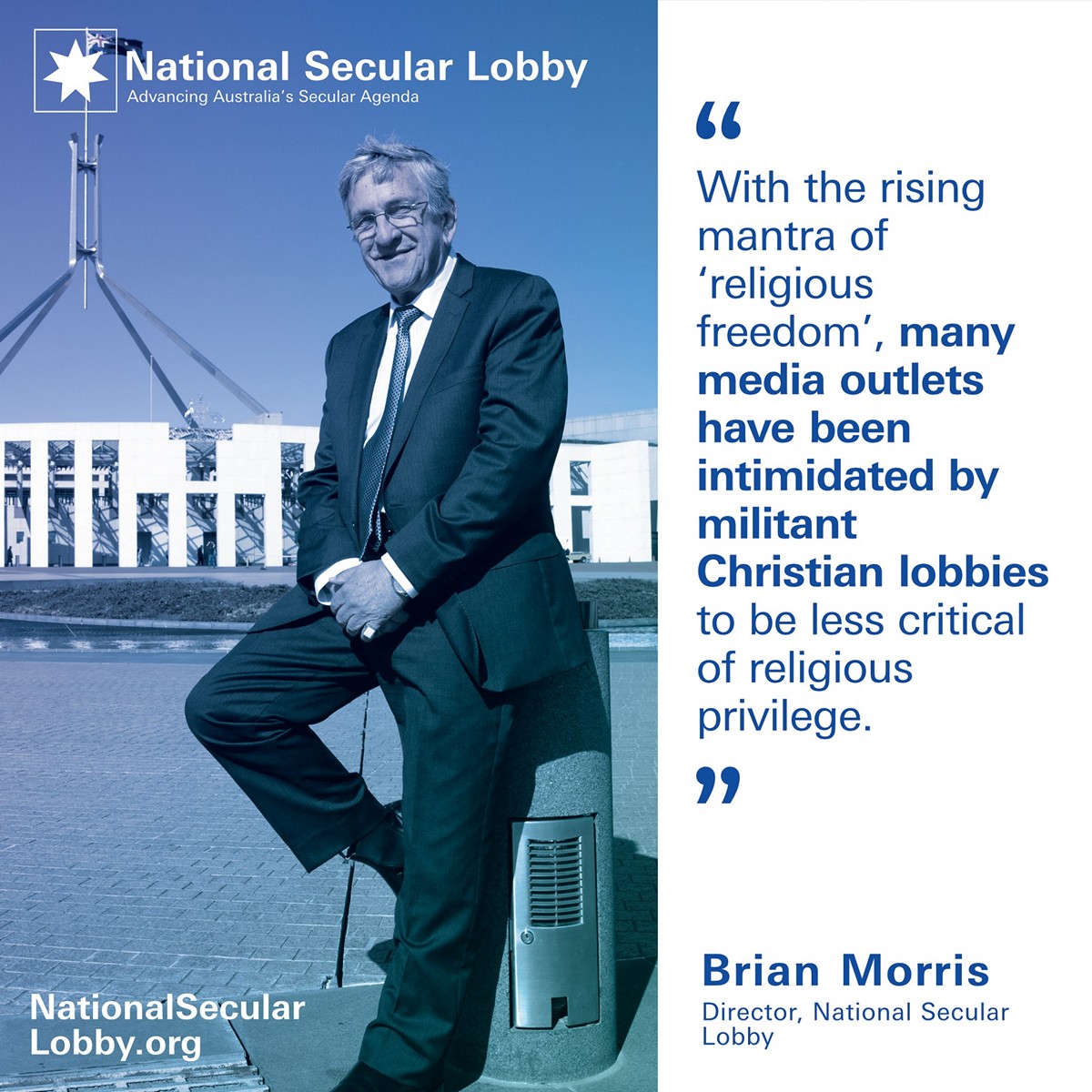