"I think the fire crisis has exposed Prime Minister Scott Morrison. With the ‘Daggy Dad’ persona now gone, it seems that he is just another politician who refuses to listen and accept the obvious.

"Given the government’s missteps on the fire crisis, it raises the legitimate question about its competence on other matters. And, when it comes to the Religious Discrimination Bill, the answer is frightening.

"The Prime Minister is trying to change our employment and service laws. If he gets his way, some hospitals and nursing homes will be able to refuse a room to applicants just because they are not religious.

"They will also be able to refuse to employ people as cleaners or gardeners just because they don’t believe in God.

"Just like with the fire crisis, the Prime Minister says he is solving a problem with the Religious Discrimination Bill. But, on both fronts, his government hardly inspires confidence.

"If you care about universal access to hospitals and nursing homes, then you need to learn more about this dangerous proposal."

Trevor Bell is a lawyer and podcast host of The Iron Fist and the Velvet Glove. We hope this 'BBQ Stopper' series focusing on the Morrison government's Religious Discrimination Bill provides some useful talking points to share with friends and family. With the government seeking to expand religious privilege, talking religion and politics is bound to stop the barbie this summer! 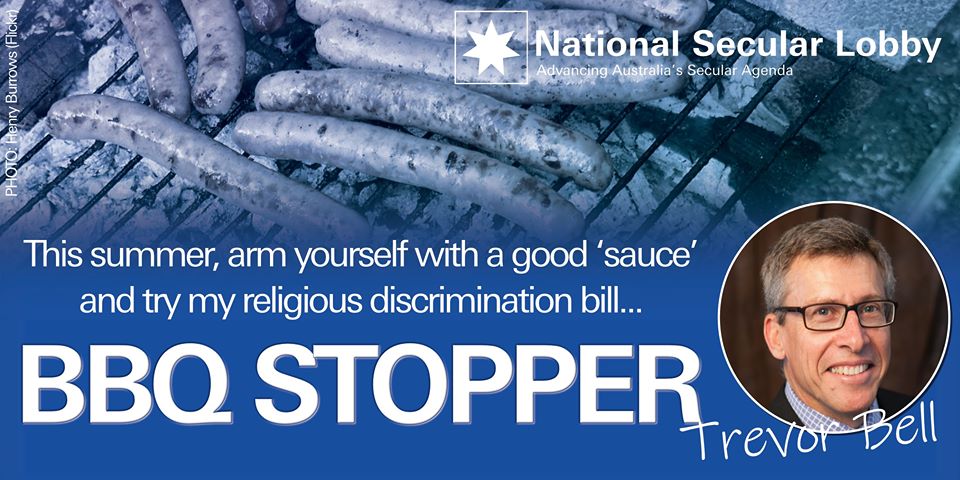