"Some Australians may not be paying much attention to what the Morrison government is trying to do with the Religious Discrimination Bill, perhaps because the media often frame it as a 'religion v LGBTIQ' issue.

"But, if this bill becomes law, the majority of people will effectively become second-class citizens, as religious institutions and individuals suddenly become empowered to discriminate against us in a range of ways based on their chosen religion.

"Single-parent families, divorcees, non-religious people, disabled people, agnostics, unwed mothers, recipients of abortions, unmarried cohabitants -- you name it, most people are in the firing line in some way.

"This legalised discrimination can take many forms but could include being fired from your job, not being hired for a job, being refused medical services, being expelled from school, or simply being insulted at any time for your 'immoral choices'."

Peter Monk, President of the National Secular Lobby, kicks off our new 'BBQ Stopper' series on the Morrison government's religious freedom bill. We hope this series provides some useful talking points to share with friends and family. With the government seeking to expand religious privilege, talking religion and politics is bound to stop the barbie this summer!

If you're looking for a good cause to give to in 2020, donating to the National Secular Lobby will help to give us a strong voice. Every dollar helps! Donate here! 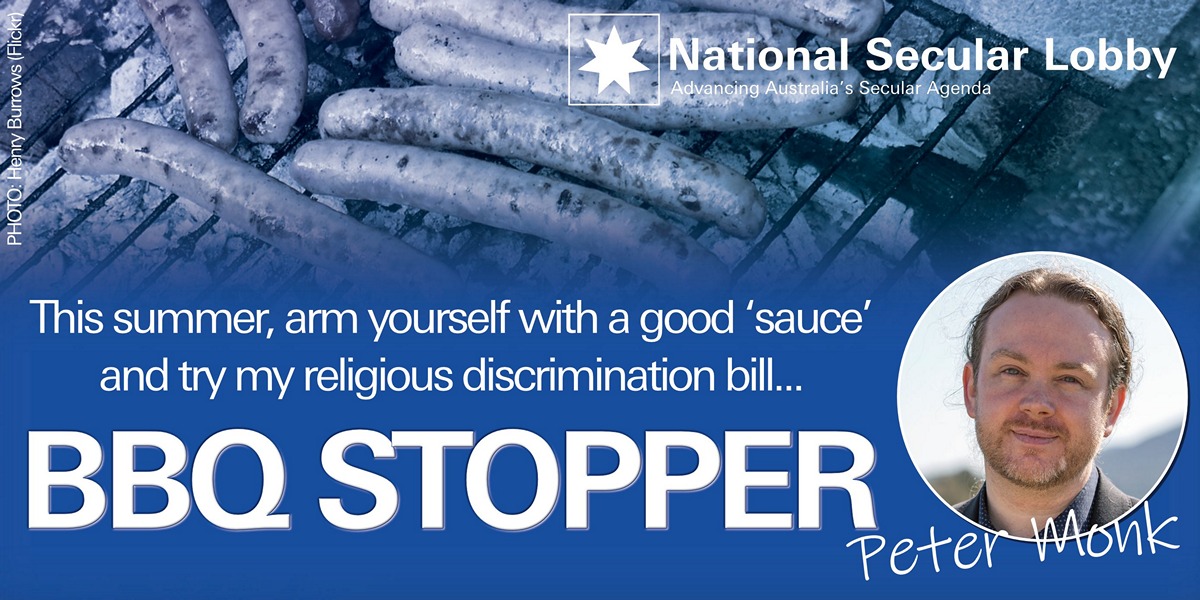