“I can foresee that, if this religious discrimination bill gets up, Australia is going to be torn into warring tribes.

“I grew up in the 1950s and 1960s, where there was a distinction within Australian society between the Catholics and Protestants. And we know how well that went in Northern Ireland.

“There will be a plethora of cases that end up in court. The warring tribes are going to take their grievances to the courts. It’s going to be a lawyers’ picnic.”

Meredith Doig is President of the Rationalist Society of Australia. We hope this 'BBQ Stopper' series focusing on the Morrison government's religious discrimination bill provides some useful talking points to share with friends and family. With the government seeking to expand religious privilege, talking religion and politics is bound to stop the barbie this summer! 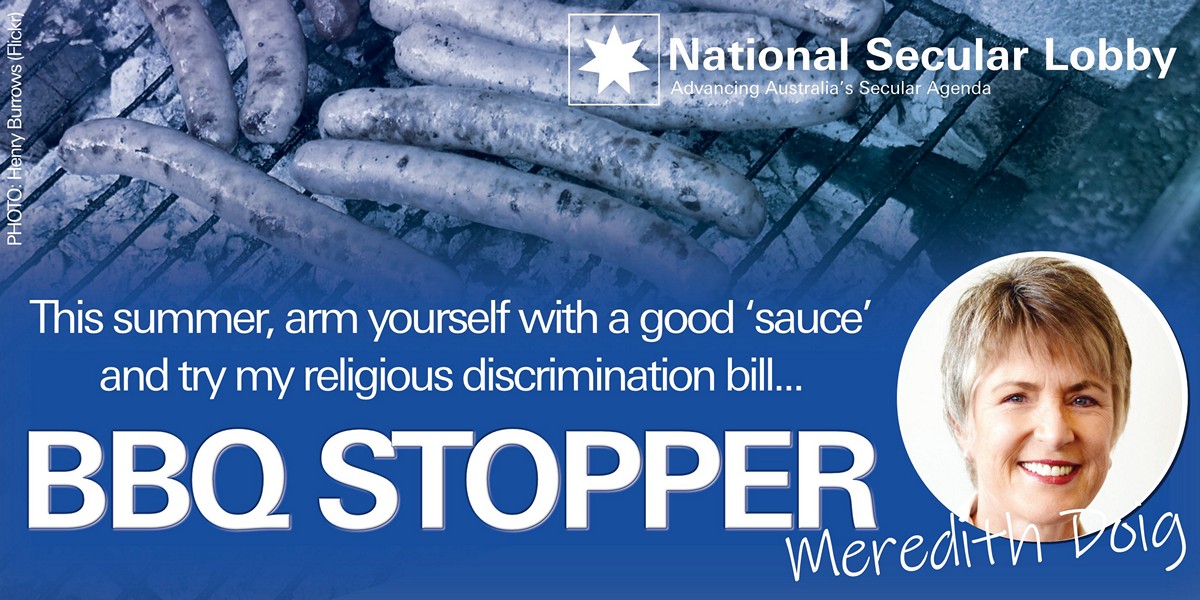