“Here’s food for thought when enjoying a barbie with friends. Question: how many politicians consistently vote against progressive social policies based on their religious beliefs? Answer: we don’t know. But why not?

“LNP and ALP pollies must declare their financial affiliations to avoid conflicts of interest. So why would it be outrageous to ask all of them to reveal their religious affiliations? There wouldn’t be a conflict with section 116 of the Constitution – as it's not a directive 'to qualify for public office'.

“Public pressure should be brought to bear for all MPs to be open and honest about which sacred texts guide their political decisions on dozens of social policies. It’s important to help the public understand how they view issues like abortion, voluntary assisted dying or taxing church businesses – a case in point being that there are politicians on both sides who want Christian Porter’s Religious Discrimination Bill passed.

“What is the shame in MPs stating their religion – or in an atheist stating their ‘non-belief’ – so that voters at every election, state or federal, can check the websites of their local candidates? What are they hiding by refusing? It may eventually bring all governments more into line with the public majority who want religion out of politics.”

Brian Morris is a director and founder of National Secular Lobby, and the author of 'Sacred to Secular'. We hope this 'BBQ Stopper' series focusing on the Morrison government's religious discrimination bill provides some useful talking points to share with friends and family. With the government seeking to expand religious privilege, talking religion and politics is bound to stop the barbie this summer! 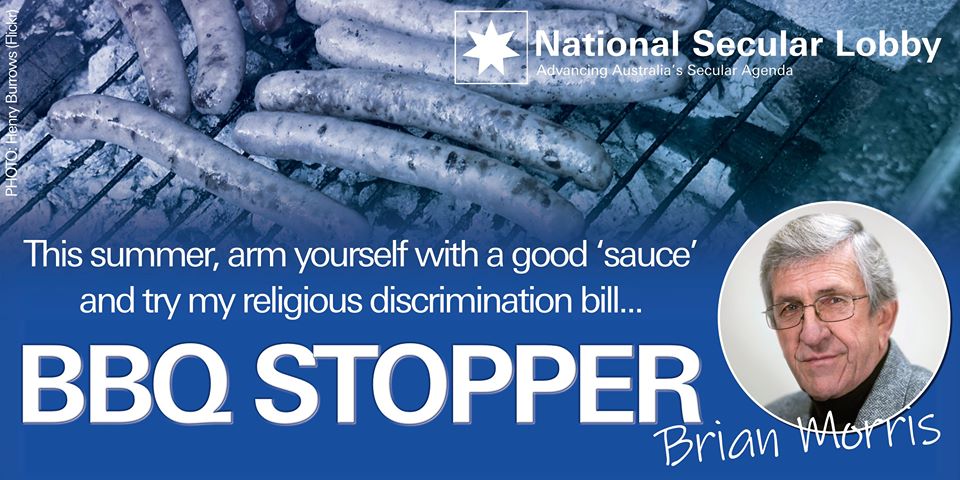