“In the Queensland Parents for Secular State Schools group, we’re looking on, horrified, at the implications of the enormous overreach contained within the proposed Religious Discrimination Bill.

“Our state education department has already capitulated to pressure from Christian groups to allow Religious Instruction (RI) volunteers in public schools to be able to encourage students in RI to share lesson content with non-RI kids. This effectively renders meaningless the choice of parents who elect for their child not to receive faith lessons at school.

“So any further legislative backing for the ‘expression of religious beliefs’ at the expense of the rights of others will only make the already unacceptable circumstances even worse.

“As secularists, we obviously support the principle of people not being discriminated against on the basis of their beliefs, religious or otherwise. But we see the religious discrimination bill as a clumsy and blatant attempt to further entrench the privileges religion already has.”

Alison Courtice is spokesperson for the Queensland Parents for Secular State Schools. We hope this 'BBQ Stopper' series focusing on the Morrison government's religious discrimination bill provides some useful talking points to share with friends and family. With the government seeking to expand religious privilege, talking religion and politics is bound to stop the barbie this summer! 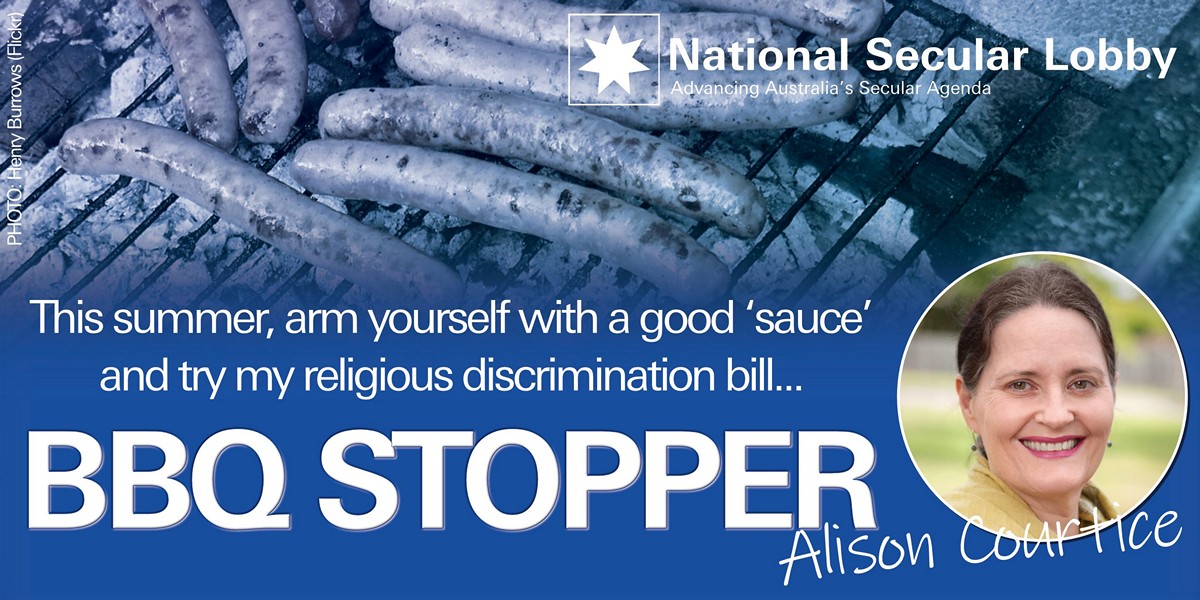