The coming together of so many like-minded groups to support the #DontDivideUs campaign against the imminent threat of the Religious Discrimination Bill is a historic moment for the pro-secular community in Australia.

Earlier today, with former High Court Justice Michael Kirby as the spokesperson, the National Secular Lobby teamed up with the following eight secular-minded/free-thought groups to launch the campaign:

We have joined forces because we all share the concern that the Religious Discrimination Bill threatens to tear our society apart. It will affect everyone. It will make it easier for people to impose their beliefs on others. It will allow people to discriminate against their fellow Australians. It will create less inclusive and less safe workplaces. It will affect access to employment, education, services and medical treatment.

National Secular Lobby president Peter Monk says there is more than enough evidence now to show that the Religious Discrimination Bill is a horrible mistake.

"This must be the only anti-discrimination legislation in our history to actually set into law the right to discriminate. It's a farcical piece of legislation which will fracture our society along religious lines and cause irreparable harm," he says.

Former High Court Justice Michael Kirby says: "This is not a bill that protects Australians from discrimination on religious grounds. Instead, it actively facilitates intolerance and will work to divide rather than unite Australians."

President of the Rationalist Society of Australia, Dr Meredith Doig, says the problem with the Bill is: "...it will divide the community on religious grounds, instead of bringing us together in the spirit of Australia's traditional 'live and let live' tolerance."

President of the Atheist Foundation of Australia, Adam Reakes, points out that this bill allows atheists to humiliate religious workers in their employ.

"We did not request this. We do not want this. As such, we strongly reject the bill and encourage its outright dismissal. This poorly thought out bill has the potential to cause just as much, if not more, harm to those it seeks to 'protect'," he says.

We're all taking a stand to have this bill scrapped. We want to see Australians be united, not divided. We hope you join us! 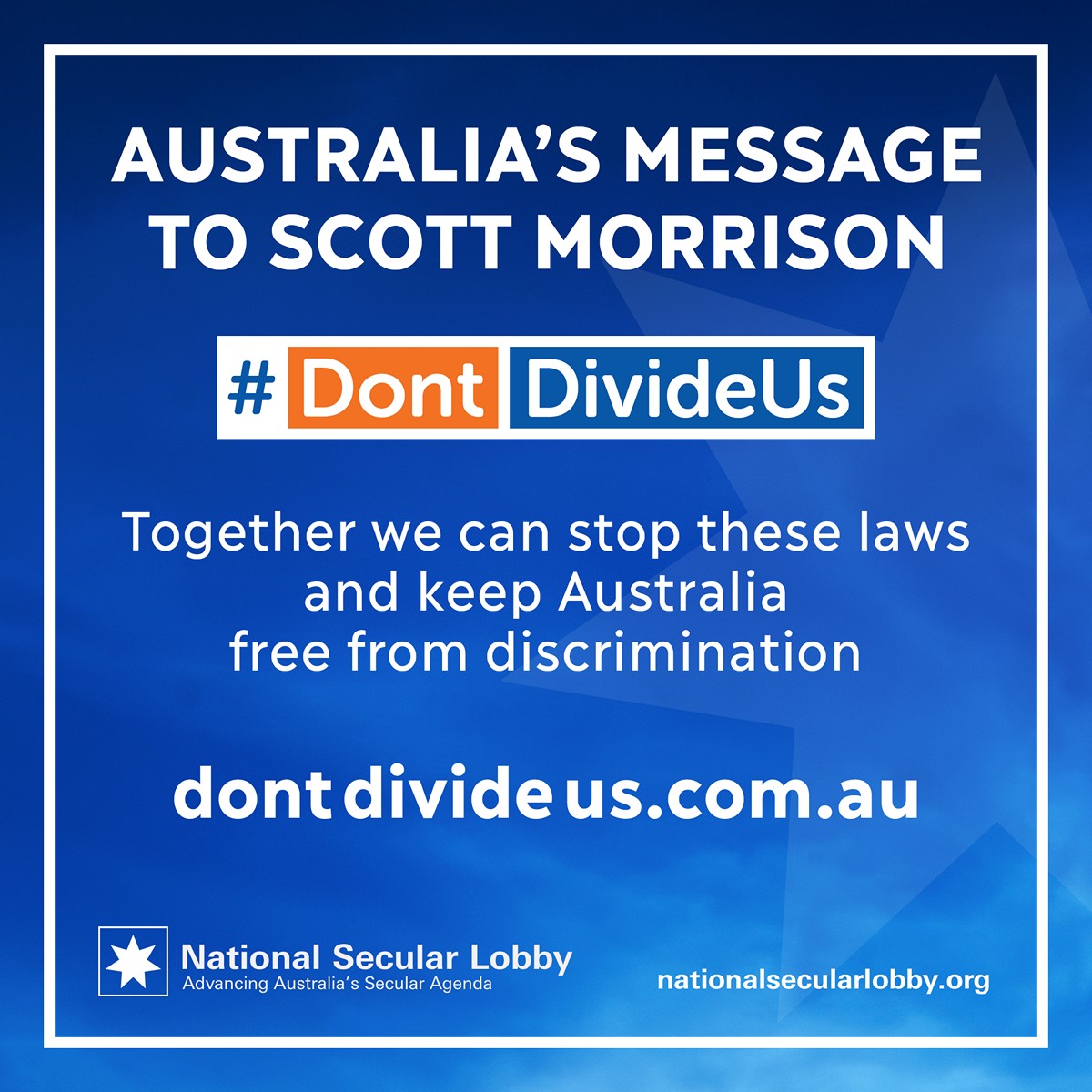