Across our community, the bonds that tie us as Australians are being tested.

On this Facebook page in early January, I wrote of my optimism for our secular society to overcome the common threat that we faced – the threat of division posed by the Religious Discrimination Bill.

Around that time, however, an even greater threat was emerging beyond our shores.

In the weeks and months ahead, we must unite to defeat this common enemy, the coronavirus pandemic, and do what we can to care for each other.

In times like this, we find that the labels we use every day have less meaning. We cease to be LGBTI, straight, Christian, Muslim, atheist, Liberal, Labor or Green. We are Australian. No-one should be working to divide us.

Before the seriousness of the coronavirus dawned on us, the Religious Discrimination Bill was the one issue, more than any other, that was threatening to generate significant division in our society.

Condemnation of the draft legislation was almost unanimous, as groups from all sectors of society rejected it and warned that it would create a system of expanded religious privileges that would, essentially, introduce religious apartheid into Australia.

And, in late February, we were pleased to join with former High Court judge Michael Kirby and a number of pro-secular, free-thought organisations in the #DontDivideUs campaign against the Religious Discrimination Bill.

With Australians longing for unity and leadership to help us through the tumultuous times ahead, Attorney-General Christian Porter now has no option but to kill off this divisive legislation.

I believe it is simply unconscionable for the Morrison government to continue to advocate for the Religious Discrimination Bill. How can we sacrifice our freedom and risk our livelihood to defeat one disease and then allow another – one of our own making – to infiltrate and divide our society?

The outlook for 2020 may appear radically different now than when I wrote on this page in early January, but I remain ever hopeful for Australians to achieve unity across our society and to defend it from anything that threatens to divide it. 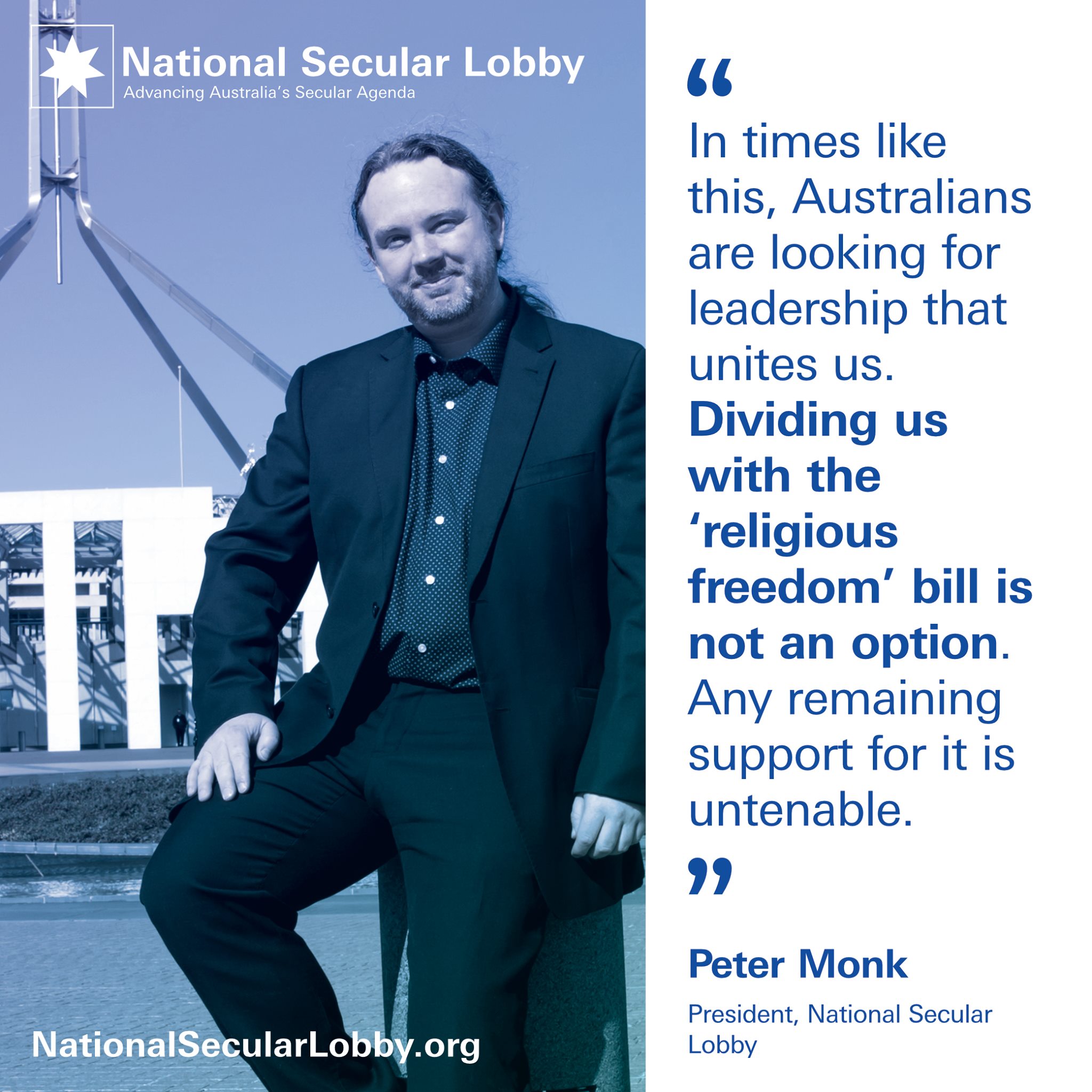