Hugo Walker just wants a moment of the Prime Minister’s time to talk about the real human impact of laws such as discrimination exemptions.

A teacher who felt compelled to leave his career as a teacher at Christian schools after coming out as gay, Hugo today shares with us a letter that he has sent to Prime Minister Scott Morrison.

Last year, I wrote to you on this and related matters, but am yet to receive a reply. I also made a submission to the Ruddock committee.

Like you, I greatly value the freedoms I have in Australia to go to church, read the Bible and share my faith.

I am very concerned that your government seems very keen to rush an ill-considered bill through parliament to 'protect' religious freedoms even though such freedoms are not under threat.

Further, I am concerned at the haste. Last year, your government referred such matters to the Australian Law Reform Commission. Why can’t you at least wait for their report?

As a gay man who is also a Christian, I have, sadly, been treated with astonishing cruelty by some Christians. People with whom I had been friends for decades now shun me. I have been called a fraud, a pervert, an unrepentant sodomite and the spawn of Satan by people who are supposedly my brothers and sisters in Christ.

I would be happy to meet with you and the Attorney-General to share more of my story and to do all in my power to persuade you to be very careful about any such ‘religious liberty’ law.

The LGBTIQA community has suffered much judgement and rejection from conservative Christians – especially LGBTIQA folk who are themselves Christian.

I look forward to your reply and to meeting with you in person to discuss these matters. 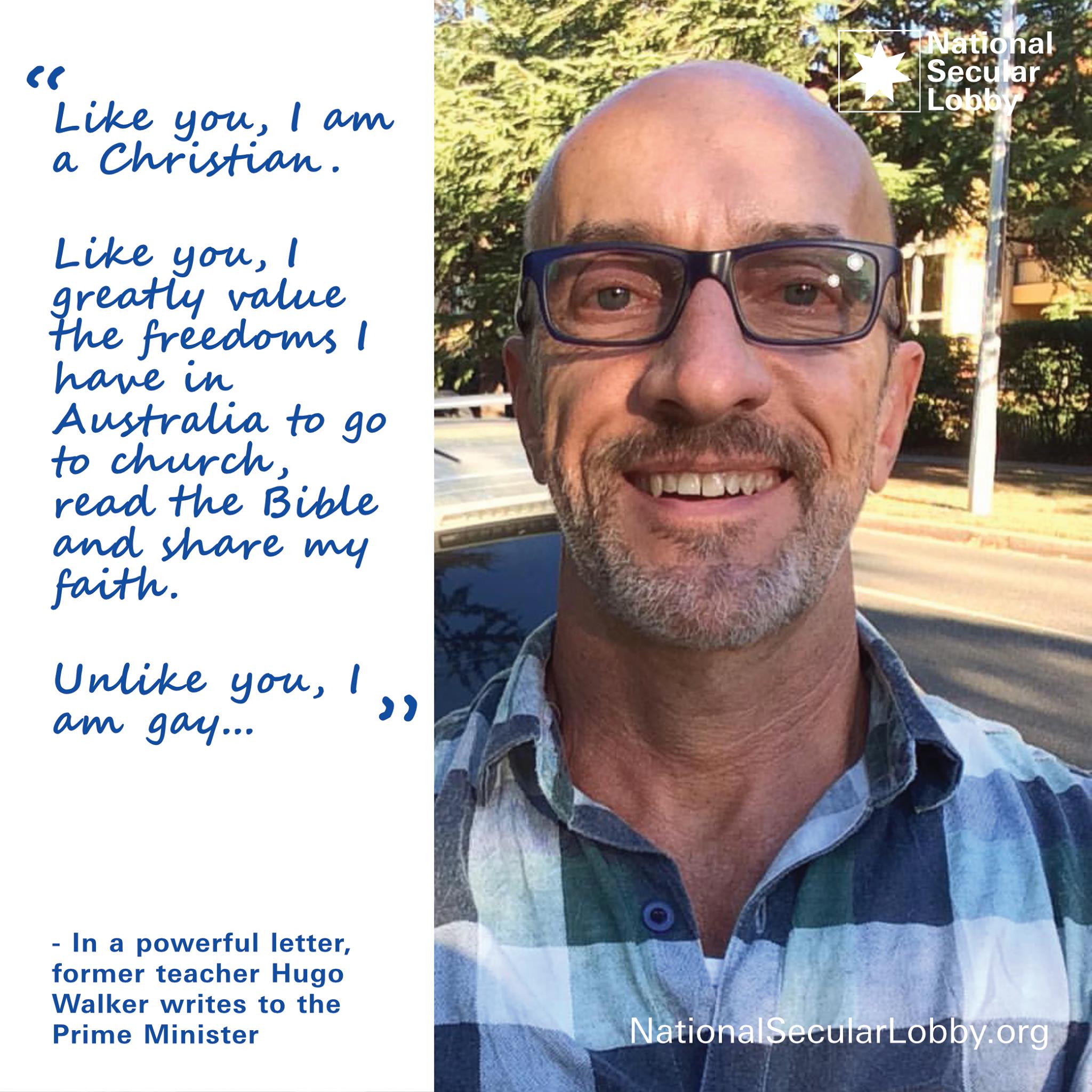