In the midst of a pandemic, it's incredible that some people continue to believe that their ‘freedom of religion’ trumps the health and safety of every member of society.

During this past week in Melbourne, concerned community members filmed groups of ultra-Orthodox Jews holding prayer sessions in defiance of the government-mandated social distancing measures helping to prevent the spread of coronavirus.

In a video shared by Manny Waks on Facebook, members of the group are seen filing out of a private venue after conducting ‘minyan’ prayers – a type of worship requiring 10 or more men.

We understand that the police were notified of the activity but that no action was taken against it.

At the National Secular Lobby, we were pleased to see a swift rebuke from state Liberal MP David Southwick and federal Labor MP Josh Burn. Mr Southwick notified the police and labelled the action of the Jewish group as "appalling". Mr Burns said all places of worship must be suspended, without exception.

But we believe our national and state leaders, along with police, need to do much more to force fundamentalist religious groups to get in line with community expectations during this health crisis.

Australians have been shocked to see other religious figures and groups such as Margaret Court and Hillsong assuring their followers that they will be safe from coronavirus thanks to protection provided by the "blood of Jesus".

While recognising the importance of prayer and faith for religious communities during times of uncertainty, Peter Monk, President of the National Secular Lobby, says the concern for public health must come first.

"On the whole, religious communities have taken a responsible and proactive approach in recent weeks to help prevent the spread of coronavirus. Many are now conducting their activities online. And everyone appreciates the hardship this brings for Christian communities, especially approaching Easter," he says.

"But we have also seen cases from Australia and around the world where some religious groups are putting their own interests first and jeopardising the health and wellbeing of everyone else."

"Australians everywhere expect the state and federal authorities to crack down on any groups, including religious groups, that may be endangering us all during this pandemic." 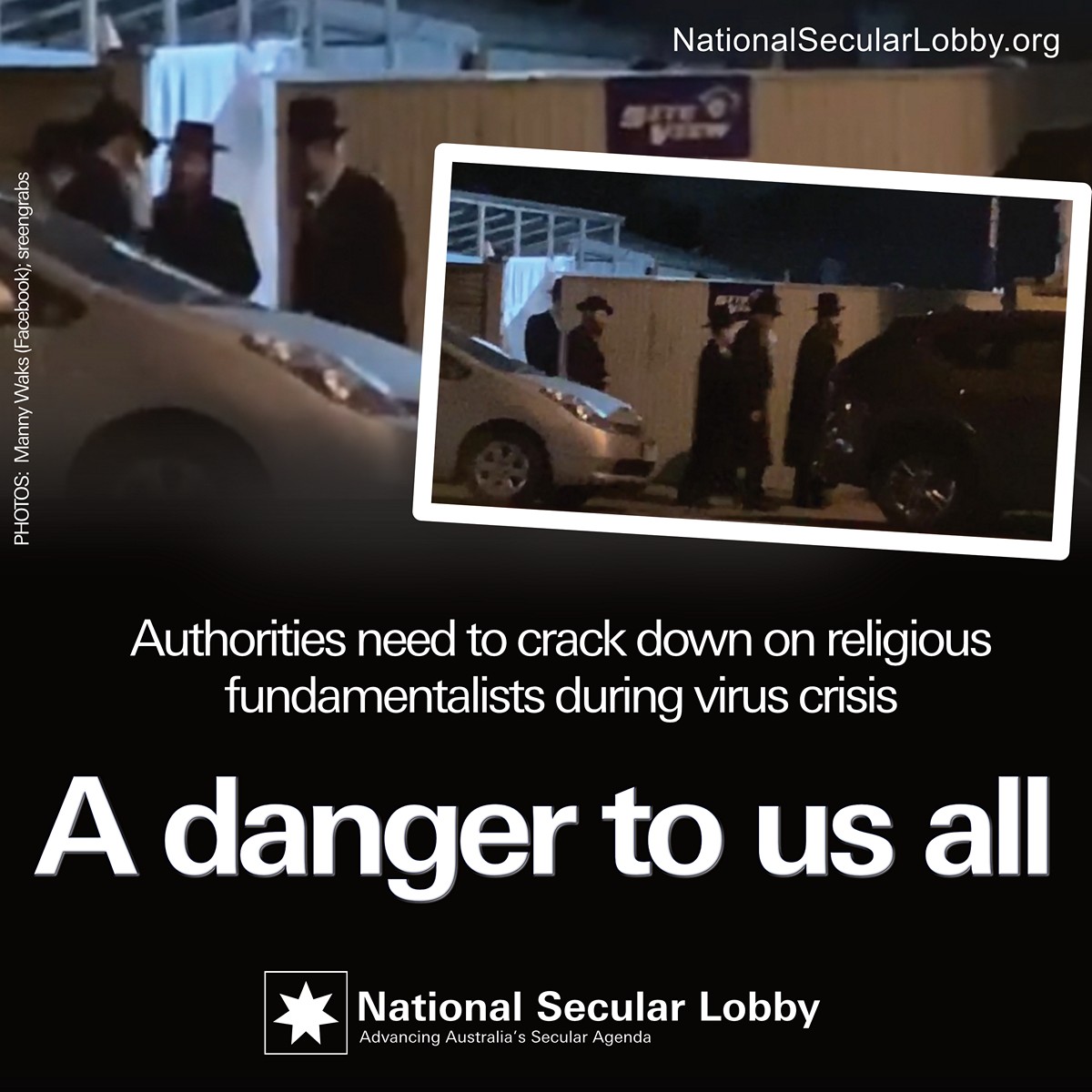