We’re pleased to have Robert Knight, National President of the Australian Progressives and a candidate at the upcoming ACT election in October, join us today for a Q&A.

Robert is the first political candidate who we've featured in this new Q&A series, aimed at encouraging candidates for public office to talk about their secular credentials and issues of concern to secular-minded voters.

While the National Secular Lobby is non-partisan and does not officially endorse specific parties or candidates, we do want to bring attention to those who openly stand up for secularism in a political climate in which this is all too rare.

Thanks for the opportunity to chat, Robert. The Australian Progressives support the need for separation of church and state. How would that translate into secular policies if your candidates were elected to legislatures around Australia?

Separation of church and state is a no-brainer. As for a secular approach to policy, we’re all about understanding and not segregation; we’re about ethics and facts, not beliefs. People have a right to their beliefs. Similarly, they have a right to not have beliefs pushed upon them. We seek to empower people through ethics, backed by evidence. This doesn’t exclude any denomination. Instead, it embraces all Australians.

How does the Australian Progressives party feel about the major parties’ records on separation of church and state?

We’re perplexed at Labor’s indifference to an ongoing and inappropriate level of influence over Australian politics by religious institutions and culture. For instance, when the Greens raised rightful concerns over the reciting of the Lord’s Prayer at the commencement of each sitting of parliament, it was frustrating that Labor didn’t support the practice’s abolishment. We understand completely why the LNP has no problem with it, noting the heavy influence of religious groups – Christian in particular – within its conservative faction.

We’re a secular nation, yet our major parties encourage, or turn a blind eye to, undue Christian influence over our political institutions. This needs to be stopped if we’re to become true to our secular principles.

You will be standing as a candidate in the ACT government election in October. Are their particular issues of concern for secular minded people in the ACT?

The Barr government removed religious chaplains from public schools. We supported that. And Canberrans have embraced it. We are concerned that the election of a Liberal government would see that policy reversed. Funding for schools should be based on a real-needs basis, with world-best educator training and support. To anyone wishing to re-introduce religious chaplaincy in the ACT, we’d welcome them to demonstrate how this would be the best use of funds for all students. I am yet to hear a single reason for taxpayers to be funding religious chaplains in public schools, especially noting that religions don't pay tax.

Our policies extend past religious boundaries. We want a future for Canberra where everyone is connected and respected. We respect the efforts of religious-based organisations in looking after our most vulnerable. However, we question why it's left up to individuals to ‘do good’ instead of government-led policy to decrease homelessness, increase housing affordability and public health, and lessen the negative impacts of pokies.

What does it mean to be a ‘progressive’ in Australia today? How much appeal does your party’s platform have? What challenges do progressive movements face?

For me, to be progressive today is to be focussed on outcomes which benefit the broadest cross-section of society as possible. It’s to be focussed on the future instead of the past and to value evidence over opinion, consensus over dictatorship and ethics over influence.

Our platform resonates with many people because we want the whole community to benefit, not a set of vested interests. Our philosophical focus on communitarianism – empowering communities with agency and devolving political power – would allow for a sense of trust in public institutions to be rebuilt.

Our biggest challenge is getting our message across to a large enough audience in a consistent way to build trust in who we are and what we say we’ll do. People who spend some time to find out about us and then discover that they share our values more often than not become convinced to support us.

What are your views on the Morrison government’s proposed Religious Discrimination Bill?

Some religious groups argue that Labor lost the 2019 election because it ignored the concerns of religious voters, although the ABC’s Vote Compass suggested few people were concerned about religious issues. Do you have any impressions on the role these concerns played?

I don’t hold anything against anyone for maintaining a religious faith. What I do have a problem with is when that faith begins to inform a political position which is inconsistent with empirical, observable reality. Society, in general, should be in a position to rightly reject these kinds of statements as the nonsense they are. Labor lost the 2019 election because it underestimated Scott Morrison’s ability to scare the electorate into believing that Labor was out to steal grandma’s second yacht, not because it ignored the concerns of religious voters. 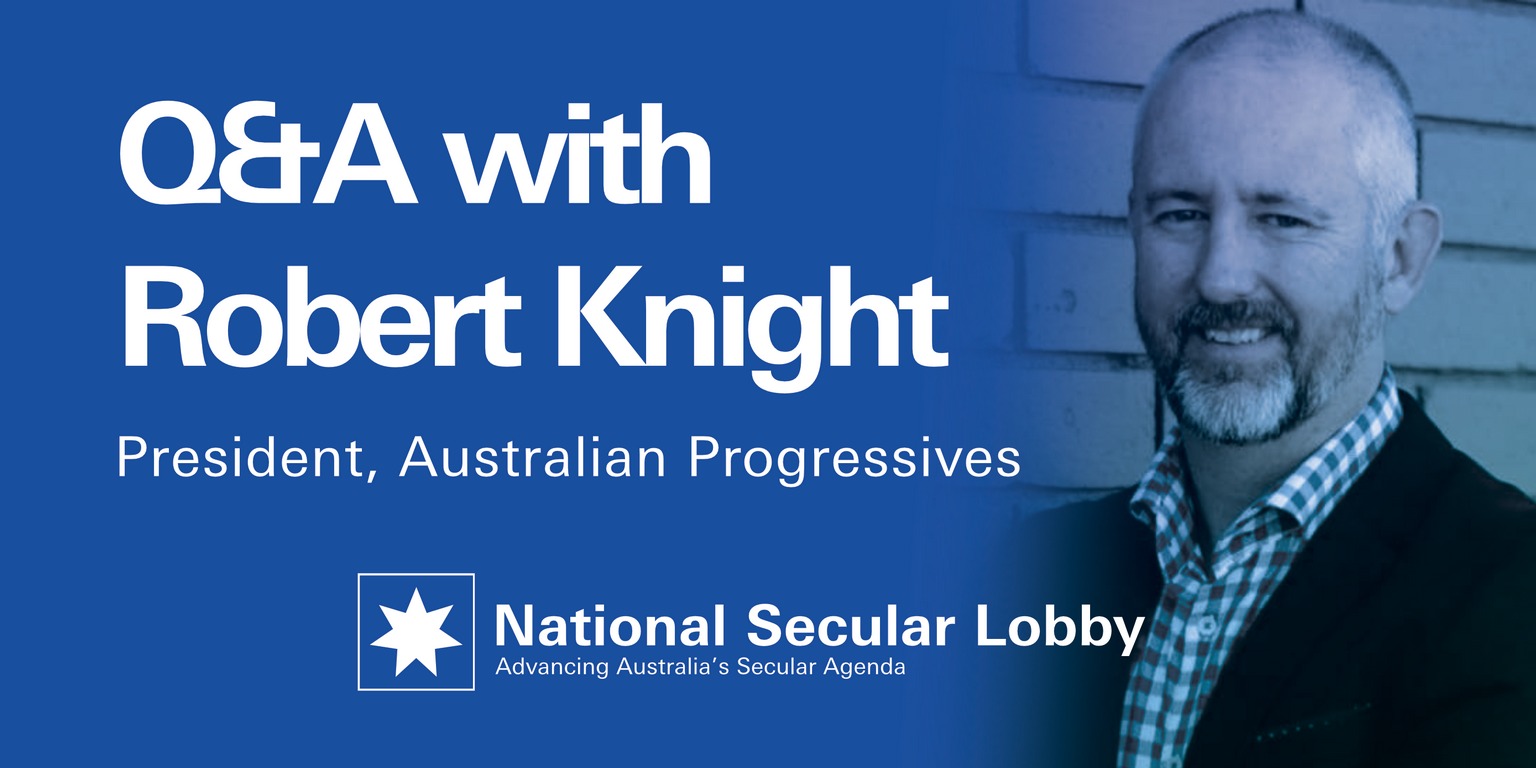